Home » Crime » A Historical Framing of Bonnie and Clyde 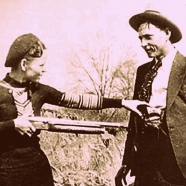 A Historical Framing of Bonnie and Clyde 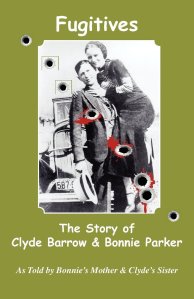 On the 23rd of 1934, Dallas outlaws and robbers Bonnie Elizabeth Parker and Clyde Chestnut Barrow were ambushed by police and killed in Bienville Parish, Black Lake, Louisiana. Their exploits captured the attention of the American public during the “public enemy era” between 1931 and 1934 in the Great Depression. Though known today for his dozen robberies, Barrow’s choice of crime was robbing small stores or rural gas stations. The gang is believed to have killed at least nine police officers and several civilians.

Through the decades, many cultural historians have attempted to unravel the reasons behind the attraction Bonnie and Clyde held to public imagination. In The Lives and Times of Bonnie and Clyde (Southern Illinois University Press, 2003), historian E.R. Milner wrote that, to those who “consider themselves outsiders, or oppose the existing system,” Bonnie and Clyde represented the ultimate outsiders, revolting against an uncaring system.

Milner held that “every life must be considered against the background of his or her time. Bonnie and Clyde were on the run from police during the worst economic times in the history of the nation. The New York Stock Exchange had crashed in October 1929, and economic chaos quickly followed. The banking system of the nation soon collapsed as nearly 10,000 banks went out of business between 1930 and 1933, swallowing nearly $3 billion in depositors’ money, which simply vanished. Securities investors joined bank depositors in watching with disbelief as their life savings also disappeared. The country’s money supply declined by 33 percent, a significant amount, which led to great loss of purchasing power. Manufacturing firms reduced prices to the bone, cut back on production, and slashed their work forces. Unemployment in major cities like New York, Chicago, and Toledo ranged from 50 to 80 percent.

Gaunt and dazed men roamed the city streets seeking jobs to be greeted by endless displays of No Help Wanted signs. Ultimately, these desperate souls, blaming themselves instead of the system that had failed them, gave up their quests and dropped out of the work force. Some committed suicide; others deserted their families in shame. People who heretofore had considered their families to be part of the middle class found themselves signing up for relief programs (welfare), which soon collapsed. When cities proved unable to continue any meaningful help, de 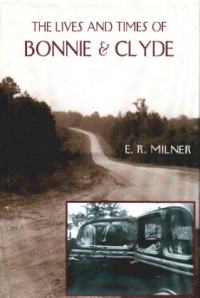 sperate citizens turned to their states. Here public officials pointed to declining tax revenues and offered little help. Breadlines and soup kitchens became jammed with starving people in almost every American city. Churches and charities attempted to cope with the flood of hungry people but were overwhelmed by the widespread sufferers. Total malnutrition resulted in many cases and citizens were admitted to hospitals in the final phase of starvation.

American rural areas were in just as desperate shape. Farmers had been in a severe recession for almost a decade when the Great Depression began in 1929. As farm income fell by nearly 65 percent from 1929 to 1932, hardship became desperation. Foreclosures forced more than 33 percent of farmers off their lands. Exacerbating the farm problem, a catastrophic drought struck the Great Plains region in 1930 and lasted for almost ten years. By the time Bonnie and Clyde became well known, many Americans felt the capitalistic system had been abused by big business and government officials until it had failed the people. Now here were the charismatic Bonnie and Clyde who were striking back at what many viewed as a corrupted system. For Americans in the south, with a populist strain still quite strong in their bones and their psyches, Bonnie and Clyde became heroes, a modem day Robin Hood and Maid Marian; they terrified the bankers and businessmen who were perceived by more than a few as the people’s tormentors.” (The Lives and Times of Bonnie and Clyde)

The duo fought against destitution and a government they took for its face value. They were both children of a nationwide economic depression. Particularly Clyde, coming from a needy family, had anger seething and growing inside him against a system that failed him and his family. It is said that he sometimes killed in cold blood, and saw his murders as his own special privilege: “Quiet and introspective, he exhibited a moodiness matched only by an unusually sensitive nature. He loved to laugh and joke around, but somewhere beneath the surface lurked an extremely volatile pe 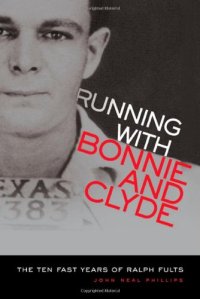 rsonality. Nevertheless, his manner was that of genuine concern almost idealistic…. Like many who resort to crime and violence in the face of personal humiliation, [Fults and Barrow] viewed themselves as the spearhead of a noble cause, in the tradition of Robin Hood or Jesse James-headstrong thoughts for two children often ever-darkening era.” (John Neal Phillips, Running with Bonnie and Clyde: The Ten Fast Years of Ralph Fults, 1996). Although not always described in such flattering terms, Barrow was often seen as the quintessential outlaw hero. Several telling examples testify to his legendary status: Not only did he return every piece of tableware borrowed from an Iowa restaurant, but also, in the best Robin Hood tradition, he refused to take the hard-earned cash of a WPA ditch-digger caught in the middle one of his bank robberies: “We don’t want your money. We just want the bank’s”!”, he allegedly said. While the bitterness of his childhood did not justify Clyde’s actions, it did explain some of his notorious life choices.