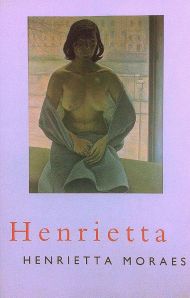 On the 22nd of May 1931, British model, muse and memoirist Audrey Wendy Abbott known as Henrietta Moraes was born in Simla, India, where her father was stationed in the Indian Air Force. He deserted her mother when Henrietta was young, and she had a difficult upbringing raised by an abusive grandmother in England where she was sent early on to boarding school. Later she went to secretarial college, which she dropped upon discovering London’s urban magnetism and she briefly considered becoming an actress. During the 1950s and ’60s, she became the muse and inspiration for many artists of the Soho subculture, including Lucian Freud, Francis Bacon, and (much later) Maggi Hambling. She was also known for her marriages to Michael Law, Norman Bowler, the father of her two childre,n and Dom Moraes, her last husband, as well as numerous love affairs.

London’s Soho has been for generations a lively hub for the literary and artistic bohemia, their eccentricities and promiscuous liaisons. In its closely set streets one could forget the glumness of post-War Britain, whilst lounging in its pubs, jazz clubs and restaurants. Moraes became a regular in well-known places such as the the Carlisle, the French Pub, the Gay Hussar, the Gargoyle Club and  the Cafe Torino and a friend to John Minton, George Melly, Michael Wishart, Francis Wyndham, Bacon and Lucien Freud. In the 1960s, she left Soho and Chelsea for the hippy life, taking every drug imaginable, bingeing on alcohol and going on expeditions in a gypsy caravan to new age shrines in the Celtic West Country. In Ireland, she joined other young, upper-class addicts for endless parties held in ramshackle mansions. For an unknown time, Henrietta was a general assistant to Marianne Faithfull. A short career as a cat burglar resulted in a spell in Holloway prison, which was a great awakening call to her. In subsequent interviews, Moraes’ memory seems hazy; much later she attempted to retrace the paths of her youth in her memoir Henrietta, unfinished at the time of her death. Her hedonist journey came to an end when she was diagnosed with cirrhosis of the liver and given three months to live, which prompted her to come clean. She died in 1999 at the age of 67, in her small Chelsea room with her dog Max, and her loving girlfriend artist Maggi Gambling by her side.

An effervescent, direct, easy-going personality, Moraes found that work as an artist’s model came easily. “Henrietta sat to Lucian Freud in the early 1950s. He painted slowly: there may not be more than three of her portraits from his brush. Bacon worked quickly. Henrietta thought that he painted her 18 times. When she told me this, she could not remember clearly, and in any case the situation is confused. For Bacon’s portraits were derived from pornographic photographs of Henrietta taken by their mutual friend John Deakin. Though he used these photos, Bacon also ne 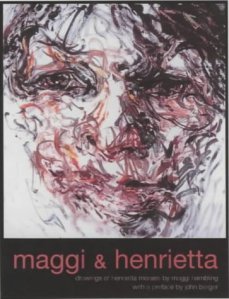 eded Henrietta’s naked presence in the studio, for reasons apparent to anyone who ever met her. Some models inspire painters by their looks, others by their personality. Henrietta was foul-mouthed, amoral, a thief, a violent drunkard and a drug addict. Yet she was witty, wonderfully warm and lovable. Her presence in any room immediately told you that life is more thrilling than we dull folk imagine. She had a good heart. Never was a woman less demure, but other women liked Henrietta and often got her out of scrapes. And her aura of danger must have helped the mood of Bacon’s paintings.” (Tim Hilton, ‘Life on a broad canvas. Henrietta Moraes’, The Guardian, Friday 8 January 1999).

Freud and Bacon’s works inspired by Henrietta sold for millions, even tens of millions, particularly the latter’s 1963 Portrait of Henrietta Moraes auctioned in 2012. Henrietta herself lived most of her life as a drifting soul in search of hedonist gratification without having even received a painting by way of appreciation for the her modelling, which she admittedly expected from the ‘love of her life’, Lucian Freud whom she had a fiery affair with.

The old-fashioned mistress- model-muse tradition was still very much alive in the 1950s and 1960s, deeply ingrained at every level of visual culture.  There was an increasing need to eliminate the gap between subject and object, historically between the active male creator and the passive, objectified female sitter. A fresh wave of feminism swept over from across the Atlantic.“In 1974, New York artist Linda Benglis caused a sensation with the readers of Artforum by appearing nude in a full-page color photograph advertising an exhibition of her work. In a decade which saw many male artists revealing themselves in this fashion, however, Benglis’s nudity was the least part of the controversy, albeit an essential part of her statement. In true Hustler style, she stood there defiantly, dressed in body grease, shades, a foot-long dildo held at attention, and nothing else. It was powerful, it was vulgar, and it made its point: a penis and defiant stance to match was still the primary formula for success in the New York art world.” (Joan 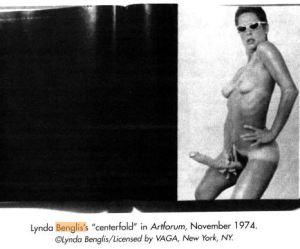 Semmel, Paula Modersohn-Becker, Eleanor Antin and Josephine Withers, Musing about the Muse in Feminist Studies, Vol. 9, No. 1, Spring, 1983). While Benglis’ message was more pertinent artist to artist, it also makes one reconsider the age-old artist-model relationship. One cannot help but think of Henrietta Moraes as a means to an end, an object used by the artists. Whilst female artists and critics have since explored most aspects existing within the paradigm of male creator vs. female object, one still has to wonder whether Moraes’ life could have been lived differently. Whether such a life had to be sacrificed, alongside those of hundreds of thousands of female muses in the history of art, in order to fuel the male artists’ legacies.

Unsurprisingly, Moraes found that the deepest, most meaningful relationships in her life were those experienced with women. Here is an excerpt from a letter Maggi Hambling wrote after Henrietta’s death, which vindicates some of the inequities in her past. It pictures a much fairer artist-model relationship, a proof to their strong female connection: “Henrietta’s eyes looked into one’s soul, at the same time exposing her own. She posed for me most Mondays for the last seven months until two days before she died. However arthritic or, on occasion, hung over, she courageously climbed onto the table, raw, intense, vulnerable and commanding. I became her subject rather than she mine. Her inspiration for me was a powerful mixture of attack, encouragement and wit, her defiant spirit of rebellion.” (My spirited model, by Maggi Hambling published in The Guardian, Friday 8 January 1999).

← Disability and Creativity: Alexander Pope A Historical Framing of Bonnie and Clyde →