Home » Cinema » In the Footprints of Hollywood Fame 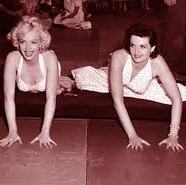 In the Footprints of Hollywood Fame 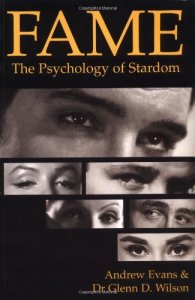 On the 30th of April 1927, Douglas Fairbanks and Mary Pickford became the first celebrities to leave their footprints in the concrete of the Grauman Chinese Theater forecourt at 6925 Hollywood Boulevard (Walk of Fame). During construction, the owner Grauman ordered an extremely hard concrete to be laid by Jean Klossner, who later became known as “Mr. Footprint”. The latter performed the famous immortalisation ceremonies for the stars for the following 30 years, time in which, nearly 200 Hollywood celebrities left their mark in handprints, footprints, and autographs in the wet pavement slabs.

These prints were meant to capture the essence of their stardom for eternity, but with them, a whole new cult of fame was born as well. “The star system took shape as a series of careful plans some time after 1917 when Douglas Fairbanks senior and Mary Pickford began their famous affair. Studios, as everybody knows, hired actors like football dubs hired footballers. They were contracted to a fixed wage; they wore invisibly the company badge; they made as many films a year as the studio required. (…) Those they hired had to be good-looking, naturally, and if the producers were themselves any good – Zukor, Korda, Hitchcock, Lang, Chaplin – they could spot among the faultlessly regular features and shapely bodies those ambiguities and indirections, the awkward grace or recklessness of movement, which would make for distinctiveness and force of character onscreen and turn the individuals involved into something fixed as an image but infinitely elusive to their own selves. The point was wittily made by Cary Grant when, as we heard, he said, “Everybody wants to be Cary Grant. Even I want to be Cary Grant.” He was not, of course; he started out in Bristol, England, as Archie Leach, and like all the stars of Hollywood’s and world cinema’s greatest period—let us say, from 1935 to 1970 – was modelled, polished, dressed, taught to turn and smile and kiss and speak according to a studied plan of contrivance.” (Fred Inglis, A Short History of Celebrity, Princeton University Press, 2010). 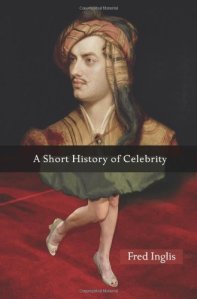 In The Stars (University of Minnesota Press, 2005), Edgar Morin went as far as to say that it took a certain type of person to become a star, a malleable and in many ways shallow person which could be filled, in a way, with the attributes required to attract maximum public attention: “Stars do not have a strong character, but a definable, publicisable personality: a figure which can become a nationally advertised trademark. The qualities which now commonly make a man or woman into a ‘nationally advertised’ brand are in fact a new category of human emptiness.”  Going back to Cary Grant’s comment that even the actor himself aspired to become ‘Cary Grant’- the product – Daniel Boorstin explained that audiences prefer their stars to have a certain ‘ordinary’ quality about them. He wrote that in contemporary culture there is this predilection to elevate the commonplace, rather than look for ground-breaking , genial or extraordinary qualities in people. So Cary Grant had turned, unawares, into a movie stereotype, due to certain qualities that he possessed. However, the fact that he was human like everyone else, and had made it to this ‘elevated’ position of stardom, was possibly reinstated and rejoiced by a public ceremony such as that of concrete footprinting.

Legend goes that silent film actress Norma Talmadge inspired the tradition of the footprint ceremonies when she accidentally stepped into the wet pavement. However, this is contradicted by Grauman who recalled how it was all “…pure accident. I walked right into it. While we were building the theatre, I accidentally happened to step in some soft concrete. And there it was. So, I went to Mary Pickford immediately. Mary put her foot into it.” Various other imprints included unusual visual mementos, such as the spectacles of Harold Lloyd; the cigar of Groucho Marx; the magic wands of the Harry Potter stars Radcliffe, Watson and Grint; the facial profile of John Barrymore (reflecting his nickname “The Great Profile”); the legs of Betty Grable; the fist of John Wayne; the knees of Al Jolson; the ice skating blades of Sonja Henie; and the noses of Jimmy Durante and Bob Hope or the gun imprints of Western stars Hart and Rogers. 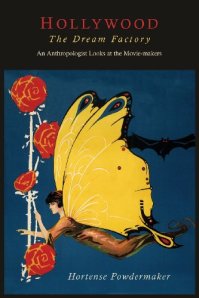 In The Dream Factory (1950), a quasi anthropological investigation of Hollywood, Hortense Powdermaker wrote precisely of this ‘packaging’ of the celebrity ‘product’. On and off the silver screen, “The star has tangible features which can be advertised and marketed, and can be ‘typed’ as the villain, hero, siren, sweet young girl, neurotic woman. The system provides a formula easy to understand and may serve also to protect executives from having to pay too much attention to such intangibles as the quality of a story or of acting. Here is a standardised product which can be sold and which banks regard as insurance for large profits.” So, besides the nostalgia of capturing the imprints of the beloved stars for eternity, there are further implications to their concrete imprints, such as the public’s need to identify, tangibly, with their famous counterparts as fellow humans, as well as the mercantile intentions of the local tourist trade which, similarly to the studios, make the most of marketing the stars’ presence in Hollywood, even long after they had left the world of the living.

← Alfred Hitchcock, Psycho and the Question of Madness ‘Heart of Darkness’ in ‘Citizen Kane’ →