Home » Cinema » Alfred Hitchcock, Psycho and the Question of Madness

Alfred Hitchcock, Psycho and the Question of Madness 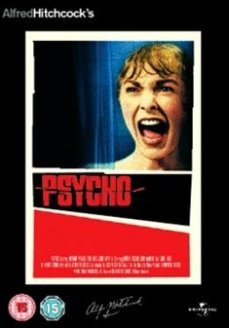 On the 29th of April 1980, Sir Alfred Joseph Hitchcock died aged 80 in Bel Air, California. Justifiably crowned with the title of the master of suspense, he produced and directed some of the most iconic films in the history of world cinema. The magazine MovieMaker, for example, has described him as the most influential filmmaker of all time. Therefore, it is hard to believe that prior to the 1960s majority of American film critics and scholars refused to rank Hitchcock’s films as ‘serious art’, mostly for the fact that the ‘thriller’ genre had not been treated as artistically significant at the time. Since the 1930s until the early 1960s Hitchcock was perceived more as a master craftsman rather than a serious artist. Even such a memorable film as Vertigo, first released in 1958, had to wait for its much deserved reappraisal until the beginning of the 1980s, when it was selected by a group of international film critics as one of the ‘top ten’ films of all time.

The real breakthrough in Hitchcock’s career came with the 1960 classic Psycho; although, initially some of the reviewers were highly critical of the thriller. For example, in his review dated the 17th of June 1960, Bosley Crowther from the New York Times called the film “a low budget job”, and its sudden turns of action “old-fashioned melodramatics”. As sceptical and critical as he originally was, taken aback by the thriller’s astonishing popularity, Crowther went to see it again, and realised his huge mistake. Eventually, he sent Hitchcock a letter in which he apologised for his review, and put Psycho on his list of ten best movies of the year. Describing the thriller for the second time, he stated that, “Psycho… Old-fashioned horror melodrama was given a new and frightening look in this bold psychological mystery picture. Sensual and sadistic though it was, it represented expert and sophisticated command of emotional development with cinematic techniques. Aptly performed by Anthony Perkins, Vera Miles, and Janet Leigh.” (Bosley Crowther, Psycho Entry for “Ten Best Films”; [:in] Robert Phillip Kolker, Alfred Hitchcock’s Psycho: A Casebook).

Since Crowther’s repent, there have been various studies on this all-time classic. In her article “Have You Ever Seen the inside of One of Those Places?”: Psycho, Foucault, and the Context of Madness (Cinema Journal, Vol. 45, No. 4, Summer, 2006), Cynthia Erb suggests that Psycho is not as much a symptomatic display of Hitchcock’s individual evolution as a filmmaker but rather a reflection of changing attitudes towards treatment of madness, which occurred in the 1950s and 60s in the form of the deinstitutionalisation process. As an example, she recalls the end of the scene, in which Marrion suggests to Norman that he consider putting his Mother in a mental institution. Her suggestion is met with a highly emotional reaction from his side: “You mean an institution? A madhouse? People always call a madhouse someplace, don’t they? Put her someplace. … Have you ever seen the inside of one of those places? The laughter and the tears and the cruel eyes studying you? My mother there? … It’s not as if she were a maniac. A raving thing. She just goes a little mad sometimes. We all go a little mad sometimes. Haven’t you?”(Psycho). One should notice though that Norman does not say it in order to protect his own Mother from the trap of institutionalisation. As the film slowly progresses, we understand eventually that suffering from a serious mental dysfunction, Norman really says it to protect himself. Therefore, his emotionally charged response, though it can be initially understood as supportive of the process of deinstitutionalisation, in the end, after learning of Norman’s murderous deeds, it turns into some form of a critique of the process, saying: mentally ill people are dangerous and thus they should be separated from society. But, on the other hand, Norman’s isolated motel could stand as a metaphor for a mental institution and his murderous acts as effects of the separatist maltreatment of the mentally ill. 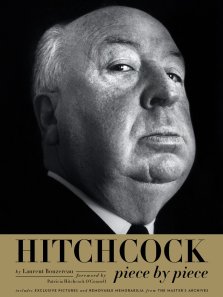 Thus we can say that Psycho poses more questions than it actually answers, making of Hitchcock the real master of suspense. This richness of context is accompanied by richness of visual representations of certain mental states, so characteristic of Hitchcock. “In his formal experimentations, Hitchcock approached madness through different ways of combining realist effects with fantasy. In basic terms, the dream is fantasy walled off from the real; psychosis is fantasy mapped onto the real. In Spellbound and Vertigo, Hitchcock experimented with localized surrealist sequences most viewers find disappointing. The breakthrough of Psycho came with Hitchcock’s discovery that rendering psychosis required the strategic use of realist effects… Hitchcock also appears to have been influenced by the… postwar boom in photojournalism…” (Cynthia Erb). In other words, it is justified to say that Hitchcock introduced madness to reality, or vice versa – reality to madness, and by posing rather than answering questions he managed to bring across the truth about the ever-present uncertainty about what it actually means to be mad.

← Yves Klein’s Art: Into the Void In the Footprints of Hollywood Fame →