On the 20th of February 1893, American psychologist Elizabeth Holloway was born on the Isle of Man, subsequently immigrating and growing up in Boston, Massachusetts. Elizabeth and her husband William Moulton Marston – scientist, psychologist and writer, formed a peculiarly creative pair. He ended up making an important scientific discovery when his wife told him of her observation that when she “became angry or excited her blood pressure seemed to climb.” And that is how Bill invented the polygraph (otherwise known as the lie detector). Elizabeth was also the chief inspiration behind his comic character, Wonder Woman, a superheroine series published by DC Comics in 1941. Her depiction as an amazon fighting for justice, love, peace, and sexual equality has led to Wonder Woman being considered as the ageless grandmother of feminist icons. It is then interesting to find out where Wonder Woman’s real powers hail from…

Elizabeth Holloway’s own life was in many ways that of a woman determined to make her own abilities count and to fight for her cause. In an age when higher education for women was hardly attainable, Elizabeth gained a degree in psychology from Mount Holyoke College in 1915. “Mrs. Marston’s regal Victorian mother encouraged early independence. You can do anything you want, said the Mom of Wonder Woman’s Mom. (…) So, after psychology at Mount Holyoke, Mrs. Marston applied to law school. Those dumb bunnies at Harvard wouldn’t take women,’ she recalls, ‘so I went to Boston University.” (Andrew H. Malcolm, ‘She’s Behind the Match For That Man of Steel’, The New York Times, February 18, 1992).

Elizabeth never got to join her husband at Harvard University, but her determination to break into the male-dominated educational fort of law studies got her through. According to Marston’s granddaughter, Susan Grupposo, her own father was adamant that Elizabeth had no place in such an environment: “He told her: Absolutely not. As long as I have money to keep you in aprons, you can stay home with your mother. Undeterred, Gran peddled cookbooks to the local ladies’ clubs. She needed $100 for her tuition, and by the end of the summer she had it. She married Marston that September, but still she paid her own way.” So in 1918, Elizabeth received her degree from the Boston University School of Law, one of only three women graduating that year. In a 1992  New York Times article published one year before her death at the grand age of 100, she proudly remembered her success: “I finished the [Massachusetts Bar] exam in nothing flat and had to go out and sit on the stairs waiting for Bill Marston and another Harvard man…to finish.” Post-graduation, Elizabeth had a glowing 35-year career, indexing the documents of the first fourteen Congresses, lecturing on law, ethics, psychology at New York universities and working as an editor for Encyclopedia Britannia and McCall’s magazine. Rather in tune with more modern times, she had her first child at the age of 35, returning to work soon after. 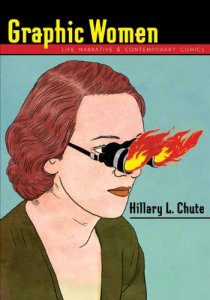 Elizabeth’s path was well thought out and faithfully followed. The story that gave birth to the Wonder Woman character, however, took a more unexpected route. It was in 1940 that Olive Byrne, Bill Marston’s former student from Tufts, interviewed him for the magazine Family Circle, resulting in an article entitled ‘Don’t Laugh at the Comics’, in which the psychologist encouraged the use of comics as an educational tool promoting children to read more. Marston got a job as a consultant for DC Comics following its publication. Bill developed his heroine with assistance from Elizabeth, who allegedly insisted on him creating a long-awaited female heroine. To him, she was the true model for his era’s unconventional, liberated woman, the ideal emancipated woman, one who fought prudery, prejudice, sexism, racism and (in the comics series) crime. So, while the intellectual and ideological grounding of Wonder Woman came from his wife whom he knew too well and respected, it seemed that his character’s attractive appearance came from his young student Olive Byrne…As a matter of fact, the three ended up living together, in the most liberated ménage-a-trois which gave birth to two children for each of his female partners.

“For the comic character, Bill copied Olive’s black hair and blue eyes. He drew on Wonder Woman the heavy silver bracelets that Olive always wore on each wrist (he made them bullet deflectors). The fact that his comic character had a body that would do a supermodel proud and was six feet tall was sheer fantasy, as was her unique apparel. William outfitted her in high stiletto boots, hot pants decorated with stars, and a bustier that left a mere wisp to the imagination. In her hand was a magic lasso, which, when used to tie up villains, forced them to tell the truth (shades of the lie detector!). Instead of vaporizing her enemies, as her male superhero counterparts did, her magic lasso forced them to look into their own hearts, where she believed some remnant of good always resided. It’s no wonder that she was named Wonder Woman. The heroine made her dazzling debut in 1941 in All Star Comics. She was described as ‘beautiful as Aphrodite, wise as Athena, swifter than Hermes, and stronger than Hercules.’ (Marlene Wagman-Geller, Eureka! The Surprising Stories Behind the Ideas That Shaped the World).

A true democratic American wartime fighter against European communism, equipped in what looked like bondage gear, one wonders if Marston’s initial intention of creating an aspiring role model for little girls was justified. As for the female power-team who inspired the character, Elizabeth, even though elder than the latter, outlived Olive and they stayed friends till her death, long after Bill had passed away. One has to question whether Wonder Woman, as a symbol for women’s equality, was merely a myth, or whether her image was, paradoxically, the product of the fertile imagination of a man who perhaps had it too good with women?