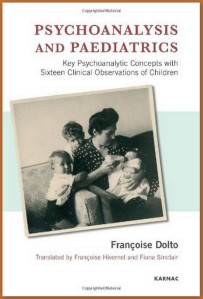 On the 25th of August 1988, French paediatrician and psychoanalyst Françoise Dolto died in Paris, France. She is mainly known for her pioneering work in the field of child psychoanalysis and her contribution to the development of the ‘unconscious body image’ theory. She was born to a well-to-do Parisian family of engineers. Right from the start, her distinguishing characteristics seem to have been originality and a sense of exclusion. The best-known anecdote concerns her cocaine-addicted Irish nanny, who was summarily dismissed when her escapades with Françoise in a high-class brothel were discovered. Those first six months spent with the nanny were so emotionally fraught that they came close to killing her. As she was to repeat on several occasions, only her mother managed to save her. During her subsequent childhood Françoise often suffered from the incomprehension of adults: And I used to wonder, having once been small and having grown up, how people could be so strange since they had been children. And I said to myself: ‘When I’m big, I’ll try to remember what it’s like to be small’ (F. Dolto, 1986). She kept her promise.

In 1979, Dolto created the “Green House” (Maiseon Verte), a meeting place for parents and children, open to and free for families. Here, early childhood professionals with primarily psychoanalytical training welcomed families and listened to them. Above all, Dolto emphasized  the significance of language and the benefits of putting situations into words when a relational difficulty arises. Thus the parent-child centre became a setting for socialization and transition, where parents were not allowed to leave the child in favour of other activities. It was a place where the child would begin to open up to the world – but within the security of the continued presence of his or her mother, father, or nurse.

Dolto believed that the quality of the adult-child relationship played a decisive role in the child’s later development, the unconscious body image being one of the outcomes of this relationship. The unconscious body image functions in the here and now as a synthesis of the emotional, sensory, and language experiences of early infancy. “According to her own saying, Dolto created her concept of the unconscious body image out of her associations with the French word “i-ma-ge” (image). Therein the “i” refers to the “identité” (identity) that forms the central idea of her conception of the body image; “ma” refers to “maman” (mother), while the signifier “ge” refers to “the earth, the basis or to the body” as well as to the pronoun “je” (I).” (Helena de Preester, Veroniek Knockaert, Body Image and Body Schema: Interdisciplinary Perspectives on the Body)

“The unconscious image of the body is always shaped in relation to the other – in particular to the care-giving mother – and refers the subject of desire to her jouir. In this respect, Dolto remains very faithful to Freud’s Three Essays on the Theory of Sexuality (1905). However, the jouir is always mediated by the language of communication with others, e.g., the words of the mother that articulate the baby’s struggles and validates (valorizes) them or overrules them – “You are happy.” “You like that, don’t you?” “You’re not comfortable.” “Don’t touch. It’s dirty”, etc. We can cite the example of the little girl who, in her first session with Françoise Dolto, drew a beautiful bouquet of flowers in full bloom, whereas the same girl, in the presence of her mother, drew a bouquet of faded flowers. The unconscious image of the body was experienced differently depending on whether the child was with the mother, or alone with her own narcissism.” (Guy Hall, Françoise Hivernel, Sian Morgan, Theory and Practice in Child Psychoanalysis: An Introduction to the Work of Françoise Dolto) 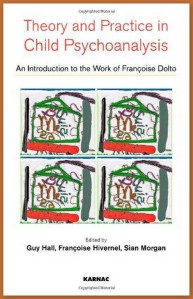 Above all, Françoise Dolto stressed the importance of listening to the child’s desires. In an interview with the psychoanalyst Muriel Djéribi-Valentin, Jacqueline Sellem said: “Françoise Dolto used to say that she learnt from children, even though it was still a society where they couldn’t speak at the dinner table. That seriously upset people. But she never proposed giving in to all their desires…” To which Muriel Djéribi-Valentin replied: “Quite the opposite. For Françoise Dolto, a desire is not a need, it shouldn’t necessarily be satisfied but we should listen to it and speak about it, which makes all the difference. She had always said, and you can verify it by reading her, that raising a child also involves formulating prohibitions. In her books… she always insists on the fact that, for a child to undergo the work of analysis, that is to say this strange place with a set of rules, a method, and a very precise framework within which you can talk about everything, you can say anything that comes into your head, let the subjects come up however disturbing they may be… in order for the child to take up this process with this strange creature called a psychoanalyst, who’s there to listen to her right to the end, his parents must surely support him through this by maintaining their roles as the ones who have to bring up the child. …Françoise Dolto paved the way for an exchange between children and adults which is in no way all-permissive. You can be with a child, listen to his fantasies and desires while letting him know that there are things which cannot happen in reality. They can be dreamt of, thought about, you can have the opportunity to talk about them, that’s what freedom of thought is; but, just because you can think about them it doesn’t mean you can do them.”