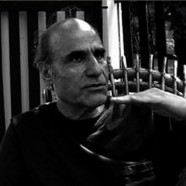 Posted by ArtLark on August 15, 2022 in Cinema, Film, Politics | Leave a comment 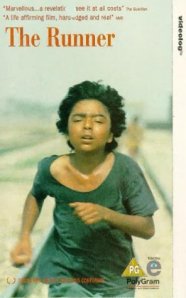 On the 15th of August 1946, Iranian film director, screenwriter and photographer Amir Naderi was born in Abadan, Iran. He is considered one of the major directors of Iranian cinema before and after the Iranian Revolution (1978-79). Orphaned at a very young age, he was raised by a maternal aunt until he was old enough to leave home and take care of himself. He learnt about film-making as he grew up, by watching Hollywood movies starring Fred Astaire and Charlie Chaplin, before eventually embarking upon his own cinematic career. His first job was as a still photographer on film sets of the most important film-makers of his time. There he listened, watched and learned about all aspects of film-making. In 1971, he managed to make his very first movie, Khodahafez Rafigh (Goodbye Friend), which was shot entirely with the camera carried in hand and without a tripod. After that he produced Tangsir (1973), Dahani (Harmonica, 1974), Entezar (Waiting, 1975), and Marsiyeh (Requiem, 1978).  By the 1990s, Naderi moved to the United States, which had a significant impact on his filming style as he eventually abandoned thematic and narrative concerns with Iran, travelling even to Japan, where he made his 2011 film Cut.

One of his most important films is Davandeh (The Runner,1985), perhaps the first of the post-revolution Iranian films to attract worldwide attention. The film is in many ways autobiographical, telling the story of a solitary childhood, in poverty, and deprivation, yet not free from magic and happiness. “The child protagonist in the film, Amiro, is orphaned and forced to survive on his own. Instead of turning to petty crime or peddling — something that often occurs in other films that deal with street children — Amiro takes up a number of small jobs to make a modest but justly gained living. His various occupations throughout the film, from collecting valuable waste to working as a shoeshine boy, are the same jobs that Naderi had in his youth. After all, Naderi was also orphaned as a child and was largely responsible for his own upbringing. As a result, both Naderi and his young hero lack access to proper education and grow up absorbing as much as they can through other means, including the bright images of the cinema and glossy pictures in magazines.” (Alla Gadassik, A National Filmmaker without a Home: Home and Displacement in the Films of Amir Naderi).

As observed by Gönül Dönmez-Colin, “ Amiru is fascinated with every moving object – huge ships, small boats, speeding cars, lazy bicycles, noisy motorcycles, rambunctious trucks, slumbering trains, flying airplanes – anything and everything that moves by itself and can carry him away from where he is. …In the absence of any access to a moving vehicle that can carry him away from where he is, he runs. He runs until he can barely breathe. …Running has become essential to Amiru. What is he running from? What is he running to? Nothing and everything. Running is his state of being. He becomes mesmerised by moving objects. Anything that moves can carry him away from where he is. Because he cannot gain access to these objects, he runs. …It is wrong to read Amiru as someone simply running away from poverty. Amiru is poor, but his life is not desolate or joyless; he has the company of a band of young, equally poor boys, with whom he plays soccer, rides bikes, chases after running trains and shares joyous songs on top of speeding wagons. His relationship with his friends is not free of quarrels. Poverty reigns supreme. But there is a serenity about Amiru, a gentility about his manners, a solidity to his friendship. While trying to run away (from nothing and everything), Amiru lives a rich and fulfilling life – rich in dimensions of his solitude that he explores, fulfilling in the company of friends he keeps.” (Gönül Dönmez-Colin, The Cinema of North Africa and the Middle East) 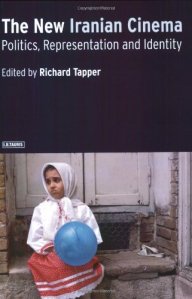 The Runner was the first Iranian film of the early 1980s to be welcomed in international festivals. This might be firstly due to the fact that it was a film free from any dogmas, and secondly, the quality of the film in comparison with other Iranian productions from that period was much higher. The early 1980s was in fact “a period of uncertainty for Iranian film-makers. Problems included: financial damage that the industry suffered during the revolution, lack of government interest in cinema during the transitional period, a vacuum of centralized authority, antagonistic competition between various factions over cinema, lack of an appropriate cinematic model, heavy competition from imports, a drastic deterioration in the public image of the industry as a whole, the haphazard application of censorship, and the flight of many film professionals into exile.” (Richard Tapper, The New Iranian Cinema: Politics, Representation and Identity). Therefore,within the multiplicity of metaphors that can be extracted from Amiru’s symbolic run, one more comes to mind: a literal ‘run’ of Iranian cinema towards a brighter and more prosperous future.