Home » Cinema » Pearls of Swedish Cinema: Jan Troell’s ‘The Flight of The Eagle’

Pearls of Swedish Cinema: Jan Troell’s ‘The Flight of The Eagle’ 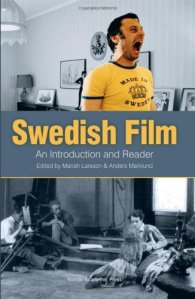 On the 23rd of July 1931, Swedish film director Jan Troell was born in Limhamn, Malmö, Sweden. As the holder of a Best Picture prize at the Berlin Film Festival, a Golden Palm nomination at Cannes and an Oscar nomination for Best Picture, Troell is regarded as one of the world’s most distinguished filmmakers, yet outside Europe, he remains relatively unknown. Some of the critics claim that perhaps Troell’s filmmaking career has been overshadowed by the Ingmar Bergman factor, that “there has been room in [our] consciousness for only one 20th-century Swedish cinematic genius.” (Swedish Director’s Literary Lens, New York Times, March 5, 2009).Yet, Troell dismissed this saying, “I would prefer to say I’ve been in the sun of Bergman. His films have always inspired me.” (Ibid.)

Troell began his filmmaking career in the early 1960s by producing few amateur films. One of them, Stad, the story of a boy looking for his lost turtle, was aired on television in 1960. In 1961, Troell began making television documentaries such as Baten/The Ship. He got his start in feature films working as an assistant for Bo Widerberg in 1962. He was first a cameraman for Widerberg and then a co-editor. In 1965, Troell contributed to the portmanteau film 4 x 4. The following year he made his feature-length directorial bow in 1966 with Here’s Your Life. He has since become known as one of Sweden’s best directors for such internationally acclaimed films as The Emigrants (1971) and The New Land (1972). Troell has also directed a couple of films in the U.S., including Zandy’s Bride (1974).

One of the lesser known, yet unquestionably brilliant films by Troell is the 1982 The Flight of The Eagle. The film is based on Per Olof Sundman’s novelization of the true story of S. A. Andrée’s Arctic balloon expedition of 1897 that ended in death of all three expedition members. The film opens with a scene of scattered human bones in a deserted Arctic encampment representing the actual aviators’ grisly fate. Fictionally, it goes back in time reconstructing the explorers’ tragic journey. Troell’s hero, S. A. Andrée, is portrayed in the film by Max von Sydow, one of Troell’s favourite actors. The film lacks an obvious dramatic climax; it focuses rather on digressions, which skilfully weave the mystical atmosphere of the whole story.

In her analysis, Lisa Weinstein focused on yet another underlying aspect of the film – its narcissistic subtext. She claims that it was “Andrée’s wish to remain permanently filled by the admiration of others [that] provoke[d] a loss of reality sense. Narcissistic fantasies engender conflict with the categories of reality that form the backdrop of the superego, rather than the moral constraints of the superego itself.” (Ed. Andrea Sabbadini, Projected Shadows: Psychoanalytic Reflections on the Representation of Loss in European Cinema). Translating Andrée’s fate into more universal language we discover that in the film, “By including universal symbols of narcissism… such as the wish to transcend gravity, the fantasy of the ‘double’ and the death of the self-fantasy, Troell erases any distance between the viewer and the Victorian explorers. Thus, one wants to tell them to abandon the mission at its catastrophic beginning, or later to yell: ‘No, you will die!’ when they decide not to take the shortest route so that they can make a scientific contribution. This profound loss of potency leaves the viewer uneasy, engendering a narcissistic injury which serves to deepen the identification with Andrée’s struggle.” (Sabbadini)

“Finally, by depicting the historical end point, Troell grounds the viewer, cautioning him about the dangers of the quest for immortality while simultaneously making the seductive elements of such fantasies comprehensible. It is the inclusion of the dual perspective that transforms The Flight of the Eagle from a genre film into a far more profound work of art, a moral film that provides a cautionary statement about the danger of abandoning one’s objects in search of immortality. It underlines the inescapable limitations of the physical body, the reality of man’s powerlessness before the forces of time, and the necessity of embracing the limiting conditions that form the core of an adjustment to reality.” (Sabbadini)

← Emma Lazarus: A Question of Liberty The Forgotten Abstractions of Ana-Eva Bergman →