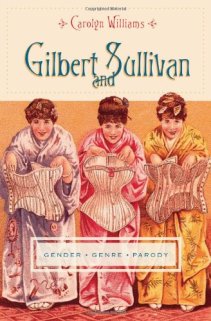 On the 25th of May 1878, the comic opera H.M.S. Pinafore, or The Lass That Loved a Sailor, by Arthur Sullivan (music) and Sir William Schwenck Gilbert (libretto) had its premiere at the Opera Comique in London. The review that followed soon after the opera’s opening in The Musical Times and Singing Class Circular stated “…that this firmly cemented union between author and composer is detrimental to the art-progress of either; however, they may succeed in satisfying the temporary taste of an Opera-Comique audience.” And further it read: “Offenbach has shown us how merely lively and pleasing tunes can attract the general public; but Auber has proved that something higher is demanded for what is understood as “comic opera, ” and that Mr. Sullivan has in him the true elements of an artist, which would be successfully developed were a carefully framed libretto presented to him for composition, can scarcely be doubted. Having thus conscientiously discharged our duty as art-critics, let us at once proceed to say that “H.M.S. Pinafore” is an amusing piece of extravagance, and that the music floats it on merrily to the end.” (The Musical Times and Singing Class Circular, Jun. 1, 1878)

The opening performance of H.M.S. Pinafore was nearly a failure. Some scandal surrounded the character of Sir Joseph, who was clearly a satirical portrait of Sir William H. Smith, a publisher appointed by Queen Victoria as First Lord of the Admiralty. The first season of the production languished during the June heat. Most affluent Londoners vacationed outside the city, and the cast and chorus, threatened with cancellation of the whole production due to lack of audiences, agreed to accept a cut of one-third of their salaries. In time, however, the opera gained in popularity, running in total 571 performances, and taking both English and American audiences by storm.

The story of the opera unfolds aboard the British ship HMS Pinafore, which becomes the stage for a socially unacceptable love affair between the captain’s daughter and a lower-class sailor. The simple plot, however, ends with a twist: “In HMS Pinafore, we find a tale of true love thwarted by the class system. The daughter of the captain of the Pinafore would marry one of its common seamen, but the match is impossible because of the great difference in the social “rank and station” of each. However, as their woes deepen, a former

nursemaid announces that for years she has held the guilty secret that the seaman, Ralph Rackstraw, and the captain were switched as babies, with no one knowing it had happened but herself. Upon hearing this, Sir Joseph, First Lord of the Admiralty, comments, “then am I to understand… that Ralph is really the captain and the captain, Ralph?” Yes, he is. So, as the story ends, Ralph is now dressed in the captain’s uniform, and the former captain is dressed as a seaman. Their trials ended, the happy couple embrace. Through an incredible twist of fate, they are free at last to wed.” (R. Richard Ritti, Steve Levy, The Ropes to Skip and the Ropes to Know: Studies in Organizational Theory and Behaviour). Under the guise of a comedy the opera explores the rigidity of the British class system – the limitations of the opportunities available to those of lower rank, and the structure of power and privilege enjoyed by the upper classes.

Furthermore, according to Carolyn Williams, H.M.S. Pinafore, similarly to the later Gilbert & Sullivan’s production The Pirates of Penzance, is a parody of nautical melodrama, which in effect enables a happy ending that should be regarded as socially constructive. “Pinafore uses its parody of the particular absurdity found in melodrama to comment on the social conventions that underlie the genre. … [It] goes to the heart of the opera’s critique of class relations; government bureaucracy and its disregard for merit; the theatricality of patriotism and national pride; and indeed, the performative quality of all social roles.”  (Carolyn Williams, Gilbert and Sullivan: Gender, Genre, Parody)

The social subtexts in this comic opera and their impact on social awareness, either intended by its creators or not, can be summarised with an anecdote. Allegedly, when Sullivan met the German crown prince, the future Keiser Wilhelm II astonished the composer by quoting H.M.S. Pinafore’s “When I Was a Lad” (Gayden Wren, A Most Ingenious Paradox: The Art of Gilbert and Sullivan), which goes as follows: