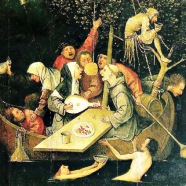 On the 15th of May 1890, the American Pulitzer Prize-winning writer Katherine Anne Porter was born in Indian Creek, Texas. During the next ninety years, she came to experience the most extraordinary social, political and technological transformations, all of which constituted merely a background to her very eventful life. 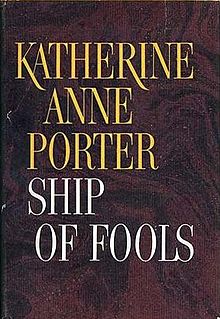 After losing her mother and grandmother at an early age , Porter and her family moved frequently around Texas and Louisiana. Probably that is why her only formal education beyond grammar school was a private Methodist school in San Antonio, Texas. At the age of sixteen, Porter left home and got married for the first time. The exact number of her marriages is officially unknown as she often confabulated facts about her life and age; for example, one of her husbands, twenty years her junior, allegedly divorced her after discovering that his wife was much older than he expected. Despite being married so many times, she remained childless, later saying that she had “lost children in all the ways one can.” (Darlene Harbour Unrue, Katherine Anne Porter Remembered). Professionally, she tried her luck as an extra in movies, then moved on to singing, but eventually, after two years of being hospitalised for tuberculosis (which luckily turned up to be bronchitis), she decided to become a writer. She worked as a journalist and children’s stories writer, and in 1920, she went to work for a magazine publisher in Mexico, where she got acquainted with Diego Rivera and his leftist circles. In 1935 she published her first story collection, Flowering Judas and Other Stories, which received incredible critical acclaim, turning her instantly into one of the most significant American writers at the time. In 1962, she published her first and only novel Ship of Fools.

The novel is an allegory on the world’s “voyage to eternity,” during which each and every passenger is trying to escape their past on behalf of some unspecified utopia. Travelling together from Mexico to Europe, they slowly unravel their hopes, fears and expectations, exploring at considerable length the atmosphere of suspicion, anxiety and arrogance that dominated the Western world prior to World War II. The book was based on Porter’s real life experience, when after receiving a Guggenheim Fellowship for her collection of short stories, Flowering Judas, Porter set off on a cruise ship from Vera Cruz in Mexico to Bremerhaven in Germany. In a 1963 interview with James Ruoff and Del Smith Porter described the motives behind the book: 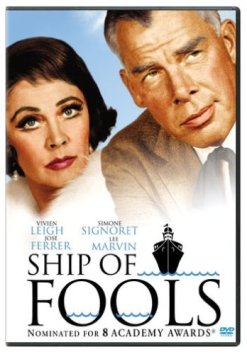 “I had been on voyages before, but there was something about this one that was totally different. For one thing 1931 was a crucial year, with revolutions in Mexico, South America, and Spain. Mussolini was in power in Italy, Hitler reaching for power in Germany. In Cuba the bottom was out of the sugar market and there were shipping strikes in every harbour. Cuban ports were choked with idle ships, sugar fields were burning, and all the workers brought to Cuba from Spain and the Canary Islands were being deported. In Havana we saw them driven aboard ship like cattle. The voyage lasted twenty-eight days. Aboard ship were a half dozen nationalities and as many castes and religions. In one sense, you know, there’s no such thing as equality. In everything that counts -intelligence, breeding, and sensibility – there are only levels of equality from highest to lowest. On that ship I was stuck with people I never dreamed existed. You see, all my life I’d been a completely free agent who experienced one thing and then moved on to experience something else, but here, on this ship, I was stuck with an inescapable humanity. I started keeping a diary on everything that happened on the ship although – strangely enough – I never spoke more than a half dozen words to as many passengers. Yet I couldn’t take my eyes off them, and I wrote down everything I saw. That ship was like a basket of snakes on a hot stove. People were drawn together by religion, separated by language or nationality; drawn together by nationality, separated by caste or politics.” (James Ruoff and Del Smith, Katherine Anne Porter on Ship of Fools, College English, Vol. 24, No. 5, Feb., 1963)

The title of the book was taken from Das Narrenschiff (The Fool-Ship), a 15th century German poem by Sebastian Brant. Though the novel turned out to be a lesser artistic triumph than Porter had originally anticipated, its commercial success outclassed all other literary publications at the time. In 1965, it was made into a movie that featured Vivien Leigh in her final film performance.