We dedicate the festive Easter holiday week to inspirational quotes which mark cultural or historical landmarks from around the world.

As a spiritual introduction to Good Friday, the religious commemoration of the crucifixion of Jesus Christ at the Calvary, here is an excerpt from The Spirits’ Book (Le Livre des Esprits). A systematic investigation into all aspects of afterlife, French educator Allen Kardec’s book was part of the Spiritist Codification and one of five fundamental works on Spiritism, the journey of the soul after death. Published on the 18th of April 1857, it was basically a compilation of questions to which the answers were allegedly dictated by Spirits.

“152. What proof can we have of the individuality of the soul after death?

Is not this proof furnished by the communications which you obtain? If you were not blind, you would see; if you were not deal you would hear; for you are often spoken to by a voice which reveals to you the existence of a being exterior to yourself.”

Those who think that the soul returns after death into the universal whole are in error if they imagine that it loses its individuality, like a drop of water that falls into the ocean; they are right if they mean by the universal whole the totality of incorporeal beings, of which each soul or spirit is an element. 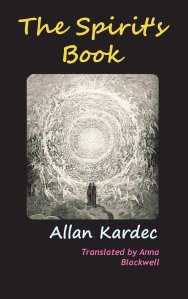 If souls were blended together into a mass, they would possess only the qualities common to the totality of the mass there would be nothing to distinguish them from one another, and they would have no special, intellectual, or moral qualities of their own. But the communications we obtain from spirits give abundant evidence of the possession by each spirit of the consciousness of the me, and of a distinct will, personal to itself; the infinite diversity of characteristics of all kinds presented by them is at once the consequence and the evidence of their distinctive personal individuality. If, after death, there were nothing but what is called the “Great Whole,” absorbing all individualities, this whole would be uniform in its characteristics and, in that case, all the communications received from the invisible world would be identical. But as among the denizens of that other world we meet with some who are good and some who are bad, some who are learned and some who are ignorant, some who are happy and some who are unhappy, and as they present us with every shade of character, some being frivolous and other, serious, etc., it is evident that they are different individualities, perfectly distinct from one another. This individuality becomes still more evident when they are able to prove their identity by unmistakable tokens, by personal details relating to their terrestrial life, and susceptible of being verified; and it cannot be a matter of doubt when they manifest themselves to our sight under the form of apparitions. The individuality of the soul has been taught theoretically as an article of faith; Spiritism renders it patent, as an evident, and, so to say, a material fact.”

← ‘Being an Artist is a state of mind’: Louise Nevelson’s Creative Drive The Wobbly Beginnings of Motoring in Britain →