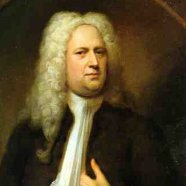 On the 13th of April 1742, the famous English oratorio Messiah by George Frederic Handel was first performed in the New Music Hall on Fishamble Street in Dublin. Around seven hundred people attended its premiere, which was a charitable event organised in support of the Mercer’s Hospital in Stephen’s Street, and of the Charitable Infirmary on the Inns Quay. Prior to the premiere the Dublin Journal published an announcement specifying the preferable women’s dress code, “that the Ladies who honour this Performance with their Presence would be pleased to come without Hoops, as it will greatly increase the Charity, by making Room for more company.” (Calvin Stapert, Handel’s Messiah: Comfort for God’s People). In another announcement a similar request was expressed in regards to gentlemen’s attire ““The Gentlemen are desired to come without their Swords,” again for the purpose of making more room to “increase the Charity.”” (Stapert). Despite the fact that it took Handel only twenty four days to compose the music for Messiah, the oratorio turned out to be a great success followed by favourable reviews in various newspapers: “The Messiah… gave universal Satisfaction to all present; and was allowed by the greatest Judge to be the finest Composition of Music that ever was heard…” (Stapert).

Since its premiere, Messiah has secured its leading position on the pedestal of classical music, and is still one of the most frequently performed choral works in Western music. Whilst major focus of the audiences goes usually towards the quality of Handel’s music, not many pay attention to the lyrical side of the piece. The libretto by Charles Jennens is a compilation of scriptural texts from the King James Version of the Bible and from the Book of Common Prayers by Miles Coverdale, and according to Michael Marrisen, reveals visible anti-Judaist sentiments. “Jennens relied on various now-obscure source texts meant to supplement or supplant the KJV [King James Version of the Bible] and BCP [Book of Common Prayers], and his choices have the cumulative effect of heightening the rejoicing against Judaism implicitly expressed in his libretto, a feature nowadays almost wholly overlooked. This is not a matter of so-called racial anti-Semitism but rather of exulting over misfortunes of the religion of Judaism…” (Michael Marissen, Rejoicing against Judaism in Handel’s Messiah, The Journal of Musicology, Vol. 24, No. 2, Spring, 2007)

Jennens’ major inspiration for the libretto came from a book by Richard Kidder, one of the more prominent defenders of the Christian faith. The title page of the 1726 edition of Kidder’s three volumes titled A Demonstration of the Messias, in which he analysed many biblical passages, reads as follows: “A Demonstration of the Messias. In which the Truth of the Christian Religion is proved, against all the Enemies thereof; but especially against the JEWS.” (Kidder). The phrase “all the Enemies” related not exclusively to Jews but also to the increasing at the time number of deists, who refused to acknowledge Jesus as the son of God or the Messiah. “What better means to comfort disquieted Christians against the faith-busting wiles of deists and Jews than to draw on the feelings and emotions of art over and above the reasons and revelations of argument? “Messiah” does exactly this, culminating in the “Hallelujah” chorus. At Scene 6 in Part 2 the oratorio features passages from Psalm 2 of the Old Testament set as a series of antagonistic movements that precede excerpts from the New Testament’s Book of Revelation set as the triumphant “Hallelujah” chorus: type and antitype, prophecy and fulfilment.The bass aria that opens Scene 6 asks, “Why do the nations so furiously rage together, and why do the people imagine a vain thing?” But in the King James Bible and the Book of Common Prayer, the passage, Psalm 2:1, reads not “nations” but “heathen.” Why the difference, and where does it come from?… “Nations” can readily include the Jews. In the 18th century no one would have uncritically used the King James Bible and the Book of Common Prayer’s word “heathen” for Jews or Judaism.” (Michael Marissen, Unsettling History of That Joyous ‘Hallelujah’, New York Times, April 8, 2007) 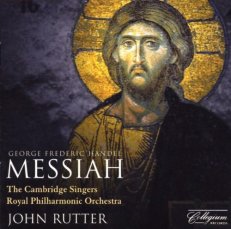 Jennens’ libretto, according to Marissen, contains numerous examples of ‘rejoicing against Judaism’. And“Handel’s musical setting powerfully underscores these tendencies of Jennens’s libretto and adds to them, reaching a euphoric climax in the Hallelujah chorus. Within its arrangement of juxtaposed Old Testament prophecies and their New Testament fulﬁllment and with its matching musical styles, Handel’s Messiah could hardly have expressed more powerfully its rejoicing against Judaism than by having the ferocious tenor aria “THOU [Jesus] shalt break THEM [the Jews] with a rod of iron” answered by the chorus “Hallelujah! for the Lord God Omnipotent reigneth”” (Marissen, Rejoicing…). As we are about to enter the Easter season, often associated with the famous oratorio, the unsettling history behind its creation may change our perception of it. However, one must remember that after all it reflects attitudes of an era that is long gone and has no relevance to present or future history.