On the 5th of March 1935, the South African artist Durant Sihlali was born in Germiston, South Africa. He was “one of the few living South African artists whose career coincided with the entrenchment of formal apartheid (c. 1948), the formation of the “white” Republic of South Africa in 1962, the long years of apartheid repression (c. 1961-1990), and the remarkable achievement of democracy in 1994.” (Colin Richards and Sandra Klopper, The Double Agent: Humanism, History, and Allegory in the Art of Durant Sihlali (1939-2004)). Therefore, his art can be treated as a form of highly individual commentary on the conditions of black South African life under the terrifying regime.

Born in the industrial area southeast of Johannesburg, known for the harsh living conditions for black people, he was sent at the age of five to live with his grandparents in Cala – the rural Eastern Cape. It is then that his interest in art shone for the first time. He would later recall watching the making of murals on the walls of Xhosa homesteads in Cala, wishing he could join in. But the making of this type of art was reserved strictly for women at the time. And so, the young boy occupied himself instead with copying pictures from newspapers on the only kind of paper available to him – toilet rolls. At the age of fourteen he returned to his parents, who moved to Moroka by then, one of the “townships” outside of Johannesburg. “Keith Beavon has written that for white residents the term “township” meant, “a ‘town’ that was separate from their own,” even though …[it] did not share the usual characteristics of a proper town, such as a town square, formal industries, a shopping district, or adequate spaces for recreation and leisure.” (John Peffer, Art and the End of Apartheid). 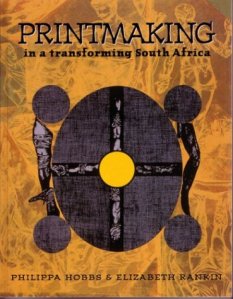 In Moroka, Sihlali joined informal art classes led by Thabita Bhengu, a social worker in charge of the youths of shantytown, and in 1950 he started attending art classes taught by Alphius Kubeka at the freshly opened Chiawelo Recreation Center in Moroka. There, he learnt about the growing fame of black artists at the Polly Street Recreation Centre in downtown Johannesburg, and decided to join in the informal classes led by Cecil Skotnes. However, Sihlali’s idea of art differed from that of his teacher, who “encouraged a particular direction among the students which was that of painting in an expressionist manner… I was working directly from observation at the time and not from imagination, so I don’t think he had much interest in my kind of work.” Many of the best-known students from the period of Skotnes’s tenure shared their teacher’s interest in traditional sculptural forms from West and Central Africa, as translated by European modernists like Picasso, postcubist artists like British sculptor Henry Moore and Lynn Chadwick, and the Mexican artist Rufino Tamayo.” (Peffer).

Sihlali’s tendency to work from observation proved later to be very important in terms of providing an apt aesthetic meditation on the socio-political background of transformations in South Africa. He simply tuned in with what was happening around him, and translated it into visual language. “He preferred to document the world around him instead of drawing inspiration from African tradition. This sentiment was conservative, in the sense that it bucked the avant-garde trends in South Africa at the time. It was also radical for its day, especially in its insistence on representing black life as it was lived in South Africa’s cities, and on not filtering observation through the aesthetic lens of romantic view of African “spirits of ancestors.” Sihlali’s aesthetic models were to be found in the world around him, and not in the kinds of African sculpture favoured by artists like Skotnes…” (Peffer).

One of Shilali’s favourite media was watercolour paint. He used mainly watercolours to depict the life and gradual destruction of Pimville (now Klipspruit), a temporary shelter for black communities set up at the beginning of the twentieth century. “It was where black South Africans formerly living in Johannesburg’s mixed-race city slums with names like “Coolie Location” and “Brickfields” had been moved to – and thus isolated on racial grounds – after a bubonic plague scare in Johannesburg in 1904. These areas had included poor white, Chinese, Indian, African, and Malay residents, all living in close quarters. The plague outbreak in 1904 was possibly a false scare, designed to allow the city to remove unwanted people from the area.” (Peffer).

Despite his attempt to provide a truthful depiction of black South Africa, for certain reasons Sihlali was forced to distort some of his artistic visions, giving simultaneously the testimony to what it really meant to be a black artist in a country of racial prejudices. “He firmly stated his frustration with an art market that demanded a sentimentalizing view of the slummy living conditions of the majority of black South Africans. He did not want his recordings (what I would call his memory archive) confused with an aesthetic seen as entertaining by a naive (white) audience. Although forced to make commercial work in order to earn a living, a process he referred to glibly as “painting and selling,” he held most of the paintings of the ruin of Pimville back for his personal collection. He saved them for the edification of future generations: for the children who, he said, “don’t know how we were forced to live.” (Peffer)

← Karolina Widerström: at the Frontiers of Sexual Education White on White: Hidden Race in Rockwell’s ‘Freedom from Want’ →