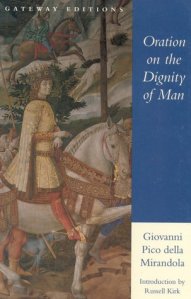 On the 24th of February 1463, the Renaissance philosopher Giovanni Pico della Mirandola was born at Mirandola, near Modena in Italy. In 1486, at the young age of 23, he famously offered to defend 900 theses on religion, philosophy, natural philosophy and magic, in spite of opposition from theologians and Pope Innocent VIII  (the public debate never happened). His theses were supported by his work, Oration on the Dignity of Man, referred to as the ‘Manifesto of the Renaissance’, a crucial work on Renaissance humanism and the ‘Hermetic Reformation’. Hermeticism was a philosophical and religious tradition based on the alleged writings of Hermes Trismegistus, according to which one true theology established by God in antiquity links all systems of thought and belief. It is often seen as the school of thought preceding the establishment of Christianity.

The reason why Pico was unpopular with the clergy is that he took an oblique way to established views of religion. In Pico della Mirandola: New Essays (ed. M. V. Dougherty, OUP, 2007), Sheila J. Rabin’s article ‘Pico on Magic and Astrology’ explored Pico’s preference for the Kabbalah, an esoteric school of thought that originated in Judaism, based on a set of esoteric teachings which aim to elucidate the relationship between an eternal and mysterious Ein Sof (no end) and the mortal and finite universe, which is God’s creation. Pico saw the Kabbalah as the work which proved the truths of Christianity and claimed that those who studied it, worked actively to reform the world. The philosopher wrote in Conclusiones that “no power exists in heaven or earth seminally and separated that the magician cannot actuate and unite (…) as true astrology teaches us to read in the book of God, so the Cabala teaches us to read in the book of the Law”. By the Law Pico meant that the Kabbalah was setting down fundamental rules which thought and belief should follow. Kabbalah also became the matrix for the study of nature in his Conclusiones.

In a villa near Fiesole prepared for him by Lorenzo de Medici, Pico wrote one of his most celebrated works, the Disputationes adversus astrologiam divinicatrium (Treatise Against Predictive Astrology), which was not published until after his death. It in, he criticised the deterministic practices of the astrologers of his day, mainly Ficino. In Disputationes, Pico redefined astrology and we still use the ideas he introduced in it up to the present day. Inspired by the teachings of his beloved St. Augustine of Hippo, and by the medieval philosophical tale Hayy Ibn-Yaqzan, which promoted auto-didacticism as a philosophical program, Pico condemned that part of astrology which clashed with Christian notions of free will.

Historians who made human dignity and freedom the basis and theme of the Disputationes saw a profound consistency between the rejection of astrology and a continuing acceptance of magic in Pico’s writings. While astrology seemed linked to an unchangeable God, Pico’s views on magic had strong humanist tendencies. In Gordon Fisher’s Marriage and Divorce of Astronomy and Astrology (2006), we learn that Pico attributes magical powers to man. “Only man has no strictly determined nature and is subject to no strictly deterministic laws, contrary to what some Stoics and astrologers have claimed. A person can do anything he or she wants to. This illustrates a fundamental distinction between astrology and magic, or astrology and other kinds of magic.” (Fisher). Magic, generally speaking, concentrates on giving power and understanding to people, quintessentially changing them for the better, an aim it shares with science. Conversely, no astrologer or astronomer ever endeavours to change the stars.

Pico believed that astrology was helpful to understand certain powers of nature over people, so they can deal with those effects better. For example, in his commentary on his friend Girolamo Benivieni’s love poem Canzone d’amore (1486-7), Pico used Platonic natural philosophy based on an astrological understanding of human nature to explore why one person is attracted to a certain person (or people) and not others. (H. Darrel Rutkin, ‘Mysteries of Attraction: Giovanni Pico della Mirandola, Astrology and Desire’, Studies in History and Philosophy of Science, Part C: Studies in History and Philosophy of Biological and Biomedical Sciences, 2010). 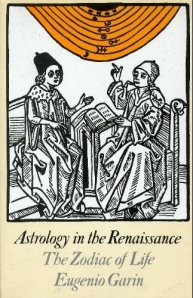 A century later, German astronomer Johannes Kepler developed the laws of planetary motion, which later formed the basis of Isaac Newton’s theory of universal gravitation. Whilst Kepler engaged in an extensive debate against Giovanni Pico della Mirandola’s Disputations, he ultimately agreed to Pico’s idea of the human being making himself, and thus gradually freeing himself from a belief in astrological determinism: “The problem of freedom is closely allied to the problem of knowledge; the conception of freedom determines that of knowledge, just as, conversely, the latter determines the former. The spontaneity and productivity of knowledge finally become the seal of the conviction of human freedom and human creativity.” (Selections from Kepler’s Astronomia Nova). As early as the Florentine quattrocento (15th century), Pico della Mirandola intuited essential truths on which all future thinking came to rely.