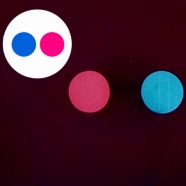 On the 31st of January 1967, Oskar Fischinger died in Los Angeles, California. He was a German abstract animator, filmmaker, and painter, credited for creating the first music video over fifty years before the appearance of computer graphics. His artistic career path can be traced between Frankfurt – where he worked with coloured liquids and three-dimensional modelling materials such as wax and clay; Munich – where he continued experimenting with his “Wax Slicing Machine” and producing his first abstract films with the use of different techniques including multiple projectors; Berlin – where, after setting up his own studio, he started collaborating on various film, animation, and special effects projects with such directors as, for example, Fritz Lang; and Hollywood – where his initially successful and comfortable career at Paramount Pictures turned out to have had an oppressive effect on his artistic vision. 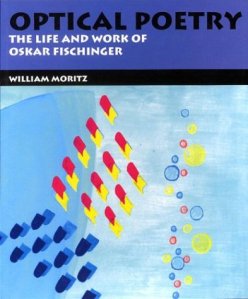 The Berlin period resulted in Fischinger’s first music videos. The Studies (Numbers 1 to 12) received significant public acclaim both in Germany and Europe. Some of them were eventually distributed to theatres in Japan and the United States. His career was slowly progressing, bringing him recognition and his first financial gains. However, after 1933, once the Nazis consolidated power, Fischinger’s abstract films and experimentations were put under the label of “degenerate art,” and his work was reduced to the production of commercials and advertisements. Therefore, in 1935, after receiving a phone call from Paramount Pictures inviting him to work for them in America, Fischinger agreed to go almost immediately.

His “conceptual breakthrough” happened in 1932. “…[T]he abstract designs or “ornaments” he used in his films were very similar to the graphic patterns of sound on the optical soundtrack. Fischinger gave lectures on this insight and his experiments on “Ornament Ton” (Ornament Sound) to the London Film Society and the Bauhaus, and also discussed his experiments with John Cage and Edgar Varèse, who, inspired by these collaborations, would go on to incorporate natural noise and silence into their musical compositions. Similarly, when screened in New York, Fischinger’s films influenced future abstract expressionists such as Jackson Pollock.” (Rewiev by Dr Kirsten Moana Thompson, The life and Work of Oskar Fischinger by William Moritz, Film Quarterly, Vol. 59, No. 1, Fall 2005). Fischinger and Cage collaborated briefly in 1937, during the production of Fischinger’s current project, An Optical Poem – a short video composed to Franz Liszt’s Second Hungarian Rhapsody. Whilst working on the project, Fischinger told Cage “about his Ornament Ton experiments, and his Buddhist-inspired belief that all things have a sound, even if we do not always listen or hear it, just as a stone has as inherent movement even if it is still.” (William Moritz, Optical Poetry, The Life and Work of Oskar Fischinger). This valuable lesson made Cage aware of certain correlation between an object’s sound and its spiritual essence. Years later, Cage regretted abandoning his apprenticeship with Fischinger and wrote a mesostic in memory of this encounter: 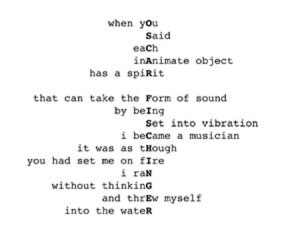 The work on An Optical Poem lasted one year. “[The video] was shot using stop motion animation; dozens of individual paper cutouts of geometric shapes were arranged on the shooting stage and then repositioned after each frame of film was exposed. To outline the animation, Fischinger sketched after a graphic-temporal notation of the movement of individual figures across the screen… He used a large scroll of graph paper, where the horizontal plane represented the individual frames. The graph paper was subdivided into individual lines where Fischinger sketched the general movement of the figures over time. The curved lines and straight lines in the example specify a few of the many movements across the screen of the paper cutouts.” (Richard H. Brown, The Spirit inside Each Object: John Cage, Oskar Fischinger, and “The Future of Music”). 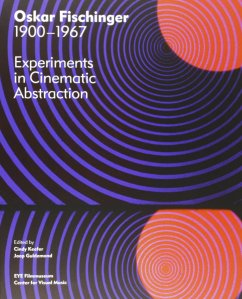 Despite the unquestionable high quality and originality of the project, due to the MDM studio’s bookkeeping systems, Fischinger made no profit from this endevour. Then in 1940, he accepted Disney’s proposition to contribute in their new production, Fantasia. Fischinger composed the J. S. Bach Toccata and Fuge in D Minor sequence used in the movie, but quit without credit after learning that some alterations were made to his designs. He said: “The film is not really my work. Rather, it is the most inartistic product of a factory. …One thing I definitely found out: that no true work of art can be made with that procedure used in the Disney studio.” (Thompson). His disillusionment with Hollywood, and the mechanisms of commercial movie production, only grew with time, making him eventually abandon the medium of film in favour of oil painting.