Home » Cinema » ‘Horrors of Malformed Men’ – a Trick or a Treat? 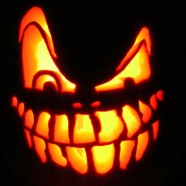 ‘Horrors of Malformed Men’ – a Trick or a Treat?

Following Orson Welles’ psycho-social experiment, we have one more proposition for this year’s Halloween for you. Horrors of Malformed Men

, whose literary pseudonym does sound in Japanese a lot like Edgar Allan Poe. It explains then the surreal, almost dream-like atmosphere of the movie.

The whole story, which begins in an asylum (very Poe-esque indeed), is constructed around the figure of a young medical student, Hirosuke (Teruo Yoshida). His long and complex journey into the core of his own identity meanders between the real and surreal. In fact, the more conscious of himself he becomes the more surreal the story reveals to be. The asylum represents his unconscious, the period of unexplained flash-backs, which he believes, are related to his past. In his fragmented memory, he can see a rocky island and bizarre deformed faces. After accidently killing one of the patients he escapes the asylum only to learn from a local newspaper that his lookalike, an exact copy of himself, has just died. Drawn by this strange coincidence, he decides to replace the dead man by staging his resurrection and then living among his family. As Genzaburo Komodo, a rich aristocrat, he slowly bites through the haunted secrets of the family and gets closer to solving the puzzle of his own origin. The key to the family’s mystery is Genzaburo’s father’s island, where the latter is working on fulfilling his dream about Utopia inhabited by malformed people.

“Teruo Ishii’s ‘Horror of Malformed Men’ (1969) mixed the supernatural trappings of the kaidan [ghost or horror story] with a parade of grotesquery possibly inspired by Tod Brown’s ‘Freaks’ (1932), and an appearance from author Edogawa Rampo’s celebrated master detective Akechi. Like ‘Jigoku’ and ‘Attack of the Mushroom People’, ‘Horrors of Malformed Men’ is obsessed with transformation of the human body, a frequent theme of post-war domestic horror. “

). In fact, some of the critics claim that this movie relates to the post-Hiroshima and Nagasaki trauma.

The centre figure in the movie is Genzaburo’s deranged father, played by the founder of Butho, Tatsumi Hijikata

. “Drawing on Butoh elements – body paint, frenzied movement and grotesque posturing – he portrays a visionary madman running Dr Moreau-style experiments on a remote island, surgically transforming humans (played by members of Mr. Hijikata’s troupe) into dribbling, half-naked monsters. One of the film’s many indelible images is a chorus line of naked women, who rise up over the horizon like a parody of the Dance of Death in the ‘Seventh Seal’, writhing and wailing to the cues of a cracking whip.” (Dave Kehr, New York Times, September 4, 2007).

is probably one of the strangest movies in world cinema; it is nonetheless exhilarating and mesmerizing and deserves to be seen, even though scenes like that with Genzaburo’s mother eating crabs of her lover’s dead body might be a little challenging. If you are up for a dare on a Halloween night then this horror movie is the ultimate answer. It is an absolute treat!