Home » Books » Mechanisms of Totalitarianism in Kundera’s “The Joke” 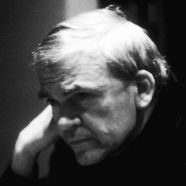 Mechanisms of Totalitarianism in Kundera’s “The Joke”

Posted by ArtLark on April 1, 2022 in Books, Literature, Politics | 2 Comments

On the 1st of April 1929, the Czech Republic’s most recognized living writer, and author of the highly acclaimed novel, The Unbearable Lightness of Being, Milan Kundera was born in Brno, then Czechoslovakia. His books were banned in his country by the Communist authorities until the Velvet Revolution of 1989. The author himself, once a member of the Communist Party, which he joined in his teens, was eventually expelled from it whilst a student at the Academy of Performing Arts in Prague for “anti-party activities.” He was also involved in the events of the 1968 Prague Spring, crushed eventually by the Soviet invasion of Czechoslovakia in August of the same year. Despite of its fiasco, he believed for a long time in the real possibility of reforming Czech communism, which led him to carry on a printed dispute on the subject with his fellow Czech writer Vaclav Havel. In 1975, he finally abandoned his reformist dreams and moved to France where he still lives at present.

Born on April Fool’s Day, it comes as no surprise that his first novel should be called The Joke. In the preface to the novel, Kundera says: “When in 1980, during a television panel discussion devoted to my works, someone called The Joke ‘a minor indictment of Stalinism,’ I was quick to interject, ‘Spare me your Stalinism, please, The Joke is a love story!” This statement, plus the fact that the book bears traceable psychological and political inclinations, all of which have been successively denied by the author, puts the reader in a rather awkward position of being

laughed at. However, it is not empty laughter at all. Neither is the book a simple April Fool’s hoax. It is a complex critical analysis of a certain psychological human condition, which, despite the writer’s earlier claimed disinterest in the political aspect, translates as a satirical account on the nature of totalitarianism. “The totalitarianism of everyday life pervades Kundera’s work as well as Kafka’s. …[I]n The Joke… for the most part, men victimized by the Communist Party become, in turn, victimizers who wield power over and brutalize men and, more dramatically, women.” (Frances L. Restuccia and Milan Kundera, “Homo Homini Lumpus”: Milan Kundera’s “The Joke”, Contemporary Literature, Vol. 31, No. 3, Autumn, 1990)

“The novel seems to be investigating the possibility that all men are sadists, if not rapists, potential rapists, or at least metaphorical rapists. First the Communists expel Ludvik from the university and the Party and force him to work inhumanly hard in the mines for writing on a post card to Marketa what Ludvik claims is a joke: “Optimism is the opium of the people! A healthy atmosphere stinks of stupidity! Long live Trotsky!”… Ludvik’s bonds to the Party and his Comrades are broken irrevocably when he encounters a corporal in the military whose “utter lack of sadism set[s] him off from others”… but who mentally casts Ludvik as a fantasy imperialist to inspire himself to become an excellent marksman. Even nice guys are vicious.” (Restuccia). Furthermore,

Ludvik’s mistreatment by the Communists turns him in effect into both a physical and mental abuser – first, when refused by Lucie to have sex with him he takes her by force, and for the second time when, as a form of revenge, he seduces Helena, the wife of Pavel Zemenek, the friend responsible for Ludvik’s ejection from the party. “We would seem to have in all of these abuses of power fictional expression of Kundera’s theorem that “the psychological mechanisms that function in great (apparently incredible and inhuman) historical events are the same as those that regulate private (quite ordinary and very human) situations.” (Restuccia). Asking himself about the true motives for implication of such mechanisms, Kundera claims them to be totally irrational: “Why did Germany, why does Russia today want to dominate the world? To be richer? Happier? Not at all. The aggressivity of force is thoroughly disinterested; unmotivated; it wills only its own will; it is pure irrationality.” (Restuccia)

Restuccia expands his analysis of Kundera’s novel even further, looking at women’s position in relation to the strand of continuous abuses they are bound to receive from men; it is, as he says, a relationship in which “men seek to batter others, [while] women seek to be battered.” Therefore, Kundera’s initial claim that The Joke is a love story seems in this context totally unfitting, awkward even, or perhaps mocking. By claiming the opposite to what the reader actually learns from reading the book, Kundera simply ‘wills his own will’, and thus further stresses the irrationality of human behaviour.

← Skandalkonzert: The Battle for Modernism Shakespeare in Politics: Ustinov’s Romanoff and Juliet →