Home » Art » Apollinaire and the Theft of the Mona Lisa

Apollinaire and the Theft of the Mona Lisa

On the 21st of August 1911, the most famous painting in the world, the Mona Lisa, was stolen from the Louvre. The absence of the painting was first noticed by the painter Louis Beroud, who in the morning of the 22nd of August made his way to the Salon Carré where the Mona Lisa had been on display for five years. However, in place of the image of the coy smiling La Gioconda, he found an empty wall. He reported the occurrence to one of the guards who assumed that the painting was taken to be photographed for marketing purposes. Within a few hours, however, it became clear that the artwork had vanished from the Louvre!

The press coverage that followed was enormous, strangely enough contributing to an even bigger popularity of the painting. “The Parisian newspapers bemoaned the loss of a national treasure and filled their pages for several weeks with every anecdote and story about the painting. The Pétit Parisien, the French capital’s bestselling daily, carried banner headlines; the illustrated magazine, L’Illustration, had a full-page color reproduction of the Mona Lisa, as well as a picture of the empty wall where it had once hung. The London Illustrated News also published a double-spread color version of the painting. The theft was front page news in the New York Times and other American papers. Soon the robbery was the subject of songs, cabarets and even a film. …The international press coverage of the theft… meant that many who had never really studied art or visited the Louvre became familiar with the painting and its creator. The story encouraged the public to think of Leonardo’s painting as if it were a person. The French press – though this was mirrored elsewhere – almost always referred to the picture as “she”. The Mona Lisa was not so much stolen as kidnapped.” (John Brewer, The American Leonardo: A Tale of Obsession, Art and Money). In modern day terminology, the Mona Lisa simply achieved the status of a ‘celebrity’. 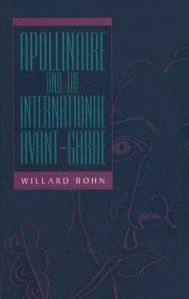 The question was: who did it? Who dared steal Leonardo’s priceless masterpiece? The first suspect to be arrested was the French poet of Polish descent Guillaume Apollinaire. Although gossip and a series of clues connected him to the theft, Apollinaire was really arrested for his involvement in the previous Louvre heist of the Phoenician statuettes. The poet was subjected to a long day of interrogation before admitting he knew something about the statuettes and the thief, but he denied any participation in the Mona Lisa theft. Desperate to clear his name, Apollinaire even implicated his friend Pablo Picasso, who was also brought in for questioning. But Picasso denied even knowing Apollinaire at all. In the end, due to lack of evidence, Apollinaire was released after a week spent in La Santé prison. The experience of this imprisonment was profoundly disturbing to him, but, allegedly, greatly inspirational. According to one of Apollinaire’s close friends, the composer Alberto Savinio, the poet “spent ten days in prison, drank eau de nénuphar which the guards passed him to dampen the fire of the senses, and wrote in his cell one of his most touching poems: À la prison de la Santé.” (Alberto Savino and Richard Pever, Apollinaire: From the New Encyclopedia, The American Poetry Review, Vol. 10, No. 3, May/June 1981).

As unfortunate as the whole Apollinaire case was, the immense amount of publicity that followed, greatly affected his international reputation. “Before this bizarre episode relatively few people had ever heard of the poet outside France. Suddenly, thanks to a gratuitous incident, he acquired instant worldwide recognition. His career was subjected to public scrutiny not only by the French authorities but by the international press. …Thus the first reference to Apollinaire in the United States, as in most other countries, was occasioned by the theft of the Mona Lisa.” (Wilard Bohn, Apollinaire and the International 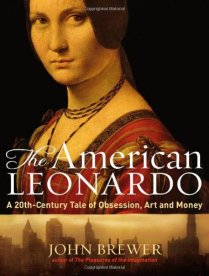 Avant-Garde). Whether this kind of fame helped Apollinaire in his career is questionable, fact is, that, coincidentally, the period between 1910 and 1920 was an extremely fruitful time for the poet. “During these years he published two major collections of poetry, a book of short stories, a ground-breaking study of Cubist painting, an avant-garde novel, two influential manifestos, and a revolutionary play in addition to a host of other works.” (Bohn)

As for the mystery of Mona Lisa’s disappearance… it turned out that the painting “never left Paris, or not until the thief, Vincenzo Perruggia, went to Florence in December 1913 after contacting a Florentine dealer called Alfred Geri, who he hoped would help him dispose of this unsaleable hostage for cash. Geri played along, even bringing the director of the Uffizi to the meeting at the Albergo Tripoli-Italian (needless to say swiftly renamed the Hotel La Gioconda). The painting was removed from its false-bottomed trunk. The craquelure was identified, and Geri promptly called the police.”