Posted by ArtLark on May 28, 2021 in Architecture, Art History, Design, Lifestyle | 16 Comments

On the 28th of May 1853, artist and designer Carl Larsson was born in Stockholm. Following a difficult childhood spent in poverty, Larsson got a break when an art teacher recognised his talent and directed him towards a creative career. He started off working as an illustrator of books, magazines, and newspapers, then moved to Paris in 1877, where he did not integrate into the circle of the French progressive Impressionists and found it difficult to assert himself. Alongside other Swedish artists, he distanced himself from the innovative avant-garde and retired to Barbizon for two summers where he worked en plein air. In 1882 he settled at a Scandinavian artists’ colony outside Paris in Grez-sur-Loing; here he met his future wife, the artist Karin Bergöö, with whom he would develop a glowing career centred around their famous home and large family of eight children. As Larsson’s colours changed from oils to watercolours following his French experience, and as his palette brightened, a new style started emerging.

The Arts and Crafts movement was an international design trend that flourished between 1860 and 1910, developed mainly in the British Isles, but which spread across the British Empire and to the rest of Europe and North America. In Pioneers of Modern Design (1936), the German-born British art history scholar Nikolaus Pevsner considered the style as a precursor to Modernism, which used simple forms without ornamentation. Generally, it is thought that Arts and Crafts started as a quest for aesthetic design and decoration, a reaction against machine-produced styles. Although deeply influential, the movement had a different emphasis in the Scandinavian countries than in Britain, where it represented a strong stand against industrialisation and mechanisation. Whilst the effects of modernity were of concern in Sweden, too, at the turn of the last century, in Scandinavia, traditional farming society still largely continued. Here, Arts and Crafts focused on the issue of national identity: Romantic Nationalists welcomed the movement’s moral aesthetics, its love of regionalism, and of “the simple life”, including everything homemade and handmade. The decorative arts were seen as neglected and traditional craftsmanship needed to be revived using simple forms and medieval, romantic or folk styles of decoration.

Scandinavians cherished the “honest simplicity in their home environment and art and crafts, a simplicity that struck artists as being natural-a quality which many reform movement designers adopted as their ideal. At the same time, Scandinavian countries’ social systems were creating a more harmonious society with more equality between men and women, something for which other countries, such as Britain, were seen as rather 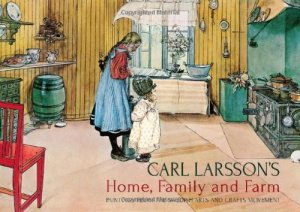 less of a role model”. (Marjan Groot, ‘Crossing the Borderlines and Moving the Boundaries: ‘High’ Arts and Crafts, Cross-Culturalism, Folk Art and Gender’, Journal of Design History, Vol. 19, No. 2, Summer, 2006). In the case of the Larsson couple, this proved to be explored to a great extent. In their native Sweden, Arts and Crafts was concerned with domestic art and closely related to the intimacy of home life. Swedish design reformers, then, as now, used the Arts and Crafts principles to bring art into the home and make good design accessible to the masses. Design became a way of life, literally. “Worker’s furniture” was promoted by feminist innovators such as the Swedish author, critic, and theorist of family life Ellen K. S. Key (1849–1926) who wrote Skönhet för alla (Beauty for All), which was widely published in Scandinavia and abroad.

In her book, Key praised Carl Larsson, whose home met the holistic Arts and Crafts ideal of creating a total work of art. In 1888, the young Larsson family was given a small house named Little Hyttnäs (“little smelting place”), in Sundborn, by Karin’s father. Carl and Karin decorated and furnished this house according to their particular artistic taste and also for the needs of the growing family. “Lilla Hyttnäs provided the springboard for Carl Larsson’s success and international reputation … (…) The paintings and the book were immediate successes (…) All depicted a new kind of happy family life, plain and unpretentious, close to the soil, healthy, full of sunlight and outdoor living, focusing on children. (…) Inside, children worked and played, family theatricals were held, light flooded in. Outdoors, “under the big birch” or along the river, the family ate, fished, worked and swam. (…) Inside, in the rather small rooms of the house, they juxtaposed furniture that they collected from local farmhouses and painted in bright, primary colors, with simple, heavy pieces of Carl’s and Karin’s design. (…) Karin gave up her painting and devoted herself, together with Carl, to creating the home. She designed several pieces of furniture and designed and wove the textiles used in the house. (…) Influenced by the current feminist concern with dress reform, she also developed a new clothing style for herself and the children: their dresses were flowing and unconfined.” (Housing and Dwelling: Perspectives on Modern Domestic Architecture , edited by Barbara Miller Lane). Quite often various family members, mosty the children, are also pictured naked, true to the Scandinavian naturist principles of healthy living. 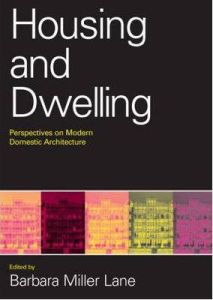 For Carl Larsson, the role of the artist was paramount. In his view, which was largely influenced by his Arts and Crafts orientation, the painter was the one who had to lead the way for architects and the makers of all other artforms, in achieving something much needed and new, by returning to what was good in the old, in the simple forms and colours of handiwork and crafts. “He exhorted painters to go out and preach to all the people the fair and joyful message of art … carve stoops and staves, make doors and cupboards, storm the china factories … learn to love the glorious material … climb up the walls and arouse the engineers, hypnotized by the Academy, who call themselves architects. Yes, painter, build the houses yourself, if your imagination has not been killed by all that tracing of monuments that the architects believe themselves at least capable of imitating.’” (Housing and Dwelling).