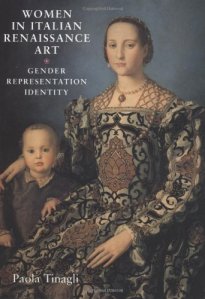 On the 26th of April 1476, Simonetta Cattaneo de Candia Vespucci died from tuberculosis in Florence, Italy, aged just 23. An Italian Renaissance noblewoman from Genoa, at the tender age of fifteen she married Marco Vespucci, son of Piero, close to the Florentine Medici family, as well as a cousin of the Florentine explorer and cartographer Amerigo Vespucci. Admired as the greatest beauty of her age, her short life became mythised after her passing. The Florentine poet Politian wrote that her home was “in that stern Ligurian district up above the seacoast, where angry Neptune beats against the rocks … There, like Venus, she was born among the waves.” All speculation related to her legendary status makes the connection between her and Boticelli’s various painted beauties, particularly Venus. Both him and Piero de Cosimo’s work are thought to have been inspired by Simonetta. “After her premature death, this beauty entered the realm of myth. In the decades leading up to this moment, certain ‘model women’ from Florentine high society were admired for their refined balance of opposites: beauty and modesty, attraction for others but beyond reproach, worldliness and piety, strength and delicateness. In the Laurentian school of thought, in the 1470s and 1480s, another female type, the ‘nymph,’ was also highly exalted in poetry, art and society. This ethereal creature’s earthly beauty was a sign of her virtue, a concept inspired by Neoplatonic philosophy that channelled amorous tension towards a superior, civilizing and spiritual force.” (Cristina Acidini, ‘Simonetta Vespucci. A model of Renaissance female beauty’, The Florentine, Issue No.163, 10 May 2012).

During the Gothic period, the classical aesthetic canon of beauty was rejected as sinful. Later, Renaissance Humanism rejected this view, redefining beauty as a product of rational order and harmonious proportions. Artist and architect Giorgio Vasari in his Lives of Artists criticised the Gothic period as irrational and barbarian and supported the Renaissance rediscovery of  classical philosophy and sculptures rendered according to the Greek philosophers’ tenets of ideal human beauty. During this time, a re-adoption of this “classical ideal” meant, in terms of female human beauty certain very precise physical characteristics. The quintessential aspirational model was Botticelli’s Venus, who was thought to have been solely inspired by bella Simonetta Vespucci. Like her, fashionable Florentine beauties had to have a high forehead, and those who did not have a high hairline were known to pluck them into shape in order to get the desired effect. Strawberry blond hair was thought to be the epitome of ethereal beauty and women with darker locks hid their braids under various headdresses, or  had to come up with ingenial means to lighten their hair. It is thought that natural pigments from saffron and onion skin, as well as chemicals such as  alum, sulfur, and soda, followed by prolonged exposure of the hair to sunlight, could achieve the desired effect. Meanwhile, the skin had to stay luminiscent and pale, so they wore hats with the crowns cut out to allow the sun to work its magic on the hair dyes, while the face and body remained fully covered. Perfect beauty also meant a sharply defined chin, high delicate eyebrows, a strong nose, narrow mouth, full lips and translucent ivory skin. Some Renaissance women were believed to use white lead powder, laced with mercury, to achieve this tint. Their figures in Quattrocento paintings especially reveal them as confident creatures, with very delicate features and an air of grace. Their bodies, while clothed, are diaphanous covering a full figure with an ample bosom, rounded abdomen and wide hips. Boticelli’s Venus followed the basic rules of attraction: she was created bilaterally symmetrical in accordance with Renaissance ‘golden proportion’, both physically attractive but also adhering to contemporary concepts of philosophical beauty. By reviving classical canons, Renaissance artists made a definitive break with Gothic icons and the religiously indoctrinated art of the past and showed that “beauty is often best defined at moments of opposition or threatened destruction or recalled from a distance as an evanescent ideal”