Home » Books » The Myth of Romulus and Remus 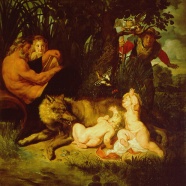 The Myth of Romulus and Remus

21st of April 753 BC is the date traditionally recorded by Varro as the day when Rome was founded. It brings to mind the famous myth of the twin brothers Romulus and Remus, the alleged forefathers of the great city. The present version of the myth comes from the book entitled From Olympus to Camelot. The World of European Mythology (2006), by David Leeming, Professor of English and Comparative Literature at the University of Connecticut at Storrs: 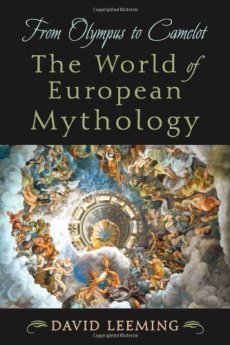 “The twins Romulus and Remus were born of the union of the god Mars and the mortal Rhea Silva. Rhea Silva, whose name suggests nature and the earth itself, had been forced into the role of Vestal Virgin by her uncle Amulius, the king, who hoped thus to keep her from producing a rival heir to the throne that he had usurped from her father, Numitor. When the twins were born, the evil king had them placed in an ark of sorts and left it to float away in the Tiber. When the ark happened to run aground, a female wolf discovered the children and suckled them. Later the boys were adopted, as young heroes often are in such myths, by a shepherd. Romulus and Remus grew and became known for their strength, but one day Remus was overcome in a quarrel with his grandfather Numitor’s followers and taken to Numitor to be punished. Hearing of this, Romulus went to his brother’s rescue and the twins were revealed as Numitor’s grandsons. The reunited family now defeated the usurper Amulius and restored Numitor to his throne. Romulus and Remus went to the place along the Tiber where they had been rescued by the wolf and there they founded Rome. A quarrel between the brothers over which one should give his name to the new city resulted in the death of Remus, and so Rome took its name from Romulus.

In the early days Rome experienced a shortage of women, a problem solved by Romulus in a deceitful manner. He invited the Sabines to a feast and then he and his followers seized and raped the Sabine women. After a long period of war between the Sabines and the Romans, a truce and alliance between the two peoples was arranged by the Sabine women themselves, who were now, after all, Roman wives and mothers. Years later, Romulus disappeared in a flash of lightning and was taken to the heavens to become a god, thus establishing a precedent for deification of Roman rulers.”