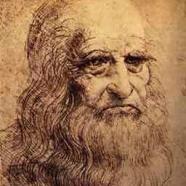 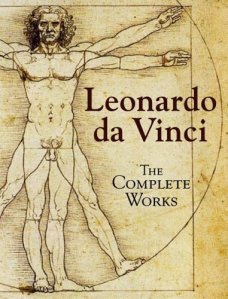 On the 15th of April 1452, Leonardo da Vinci was born in Vinci (hence the name), Italy. Generally considered the quintessential Renaissance Man, his input reached fields as various as painting, sculpture, architecture, music, mathematics, engineering, invention, anatomy, geology, cartography, botany and literature. His instatiable craving for knowledge is as much as a mystery as the smile of his famous Mona Lisa. Many scholars have tried to determine the origins of Leonardo’s drive for continuous research, and one of the theories reaches as far back as Leonardo’s childhood. It was Sigmund Freud, who in 1910 attempted an insight into Leonardo’s early days with the use of his newly developed method of psychoanalysis. The study, even though seen by many as controversial, enabled Freud to introduce a couple of significant psychoanalytic concepts: sublimation and narcissism.

Through the concept of sublimation Freud tried to explain Leonardo’s passion for knowledge, which he saw as a form of replacement for the artist’s repressed sexuality. “Freud wonders how Leonardo’s passion for research originated, so powerful was it that it stifled the artist in both his emotional and his sexual life. He suggests that the energy which Leonardo put into his craving for knowledge sprang from the persistence in him of the curiosity about sexual matters which can be observed in young children, who want to know where babies come from; their researches come to nothing because they are never satisfied. Freud argues that, when infantile sexuality is repressed to an excessive degree, as was the case with Leonardo, the adult exchanges the sexual 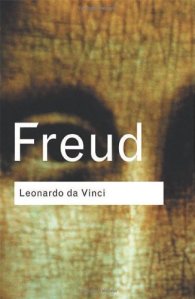 aim of the instinctual drives for a non-sexual one, through the operation of sublimation. “Thus a person of this sort would, for example, pursue research with the same passionate devotion that another would give to his love, and he would be able to investigate instead of loving” (1910c: 77). When repression is particularly energetic, the sexual drive has three possible issues open to it, says Freud: curiosity and sexuality bring about a generalized inhibition of thinking, typical of neurosis; or curiosity is itself “sexualized”, such that eroticized thinking becomes the equivalent of sexual curiosity and ends up by replacing sexual satisfaction, as in obsessional neurosis; or, third, the libido is transformed into a craving for knowledge which avoids any kind of sexual theme – this, according to Freud, was the case with Leonardo da Vinci.” (Jean-Michel Quinodoz, Reading Freaud: A Chronological Exploration of Freud’s Writing)

As far as Leonardo’s sexual life is concerned, very little is known, indeed. It is believed that the master had never developed any form of erotic or sexual relationship with a female. However, certain sources mention Leonardo’s penchant for young boys, which leads to speculation on his alleged homosexuality. In his analysis, Freud tried to explain Leonardo’s sexual tendencies using an early childhood memory or dream, found in Leonardo’s twelve volume set of drawings and writings, Codex Atlanticus:  ”This writing in such a distinct manner about the kite [nibbio, a ferocious carrion bird] seems to be my destiny, because in the first recollection (ricordazione) of my infancy, it seemed to me that, while I was in my cradle, a kite came to me and opened my mouth with its tail, and struck me several times with its tail inside my lips.” (Codex Atlanticus, folio 66 verso-b) 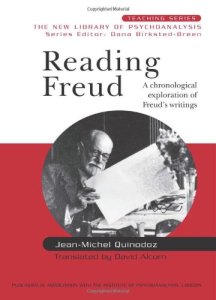 Whether Freud’s analysis answers any of the questions about Leonardo’s passion for knowledge and his sexuality is debatable. Could it really be that his genius was a side-product of his repressed libidinal forces? Or should we rather reverse the question and say that his libidinal repression was a side-product of the enormity of his genius, the vastness of which, simply left no room for anything else but the perpetual generation of new ideas.