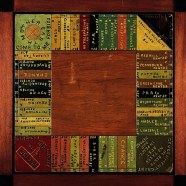 MONOPOLY: Board Games and Ideology

On the 7th of February 1935, one of the world’s most popular board games, MONOPOLY, was patented by Parker Brothers. Commonly thought to be a creation of one man, Charles Darrow, the game had actually undergone a lengthy process of transformation from an educational, anti-capitalist board game to Mr Darrow’s final and most successful version epitomizing the triumph of capitalism. 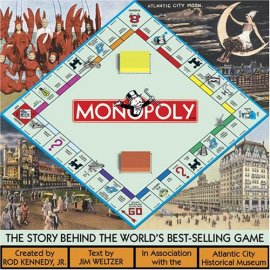 Arguably, the first version of the game was created at the beginning of the 20th century by Elizabeth Magie Phillips, who was a follower of the economist Henry George, and creator of a game called The Landlord’s Game, which aimed to educate people about the principles of his theory. “It is likely that soon after launching her game, Magie joined the liberal movement inspired by economist-lecturer Henry George, whose Progress and Poverty, published a quarter-century earlier, held that all taxes be abolished except for that on real estate and, in general, argued for a redistribution of wealth. …George declaimed that “land is a gift of nature” and all men have an equal right to its use. The value of land, he said, stemmed from our collective economic activity. He wanted government to tax the underlying land but not the improvements on it, insisting that if the tax were then gradually increased, the landowner would have further incentive to make his property more productive and offset the higher tax bill.” (Rod Kennedy, Monopoly: The Story Behind The World’s Best-Selling Game). The Landlord’s Game included George’s concept of single land-value tax, but unlike Monopoly, it involved renting rather than buying properties. The features of The Landlord’s Game that would be later adopted into Monopoly included the ‘continuous path’ structure, with no set end to the game; property groups, and ‘Jail’ spaces. With time, the game gained in popularity, and its anti-capitalist nature appealed to socialist economist circles at various universities. For example, University of Pennsylvania Wharton School Professor Scott Nearing, started using The Landlord’s Game as a teaching tool, popularising the game among his students, who would then show it to their friends and families. Magie’s game “travelled on homemade boards of wood, linen, and cardboard, with the players taking the liberty to modify the rules and change the names of properties to those of local streets and avenues.” (Kennedy). In 1909, Magie tried to sell the game to Parker Brothers, but the potential for its hypothetical future success was misjudged and Magie’s idea was rejected. A similar thing happened in 1923, when Magie tried to approach Parker Brothers with a new, improved version of the game, called Auction Monopoly, which omitted the idea of the single federal land tax and introduced named streets.

However, the idea of Auction Monopoly appealed to many people of the Eastern and Midwestern States. The game spread from household to household, and soon different versions of it could be found, as people often modified it or added their own rules to it. In 1929, Charles Darrow, an unemployed salesman, accidentally got introduced to one of the versions of the game and started dabbling with it. “Darrow sensed the potential in the game… [He] felt he had stumbled across a product with commercial potential and obtained a copyright in 1933 for… [his] Atlantic City version, which he transformed from a rather drab-looking game to the graphic icon we know and love today. The next year, he brought his new game MONOPOLY – with a capital M – to Parker Brothers, who flinched at its complexity and rejected it.” (Kennedy). But Darrow was determined to prove them wrong, and after two years of MONOPOLY’s impressive sales results, Parker Brothers reconsidered signing a contract with Darrow. By then, however, learning of the game’s commercial potential, Darren was more inclined to sign a deal that would secure his financial share in the profits. He eventually agreed on a contract securing him royalty payments from the sales of the game, which turned him and his family into millionaires.

The initial success of the game during the 1930s can probably be explained by the bad economic situation in the United States at the time. It was a time of recession, unemployment, and general social pessimism; in fact, a large number of people ended up on the streets, living in cardboard boxes, tents, and rickety wooden sheds. As strange as it may seem, it has been proven in later studies on social behaviour during economic crises that in times of financial difficulties people tend to spend more money on sociable pastimes. What is more, MONOPOLY was not just any pastime; it was a game of inspiration and hope for the people. It made them believe that no matter how hard it gets at times, there is always a chance for anyone to be financially successful. The game was also teaching pro-active thinking: it stimulated people to make financial speculations and adopt more commercially-orientated behaviours.

MONOPOLY was and still is a great hit in the United States and many countries of the world. However, due to its capitalist inclinations the game was banned for a long time in the countries of the Eastern Block. The ideologically incorrect game was perceived as the representation of corrupt, mind-rotting capitalist values. It is only after 1989 that the game was allowed into those countries, and again, just like in the American Great Depression, it became an instant hit. It fired up the peoples’ hopes for a quick financial success and educated, in a simple, yet effective manner, about business related techniques. But after over twenty years of capitalism, some of the countries of the Eastern Block seem to look back at the times of the planned economy with a dose of nostalgia. For example, the Institute of National Remembrance (IPN) in Poland has issued a communist ‘Monopoly’-type game. The game is called Kolejka, or Queue in English, and is referred to as “‘the world’s most boring game’, …While Monopoly has taught the rules of capitalism to generations of players, Kolejka shows them how to survive in a planned economy where shortages were chronic, meat a rarity, oranges exotic and queuing up for hours, even days, was all too common.” (Anna Maria Jakubek, Poland’s communist ‘Monopoly’ game goes global).

So, if you are bored with counting your profits and looking after your properties in MONOPOLY, try playing Queue, which will not only bore you to death but also give you a taste of how life was like behind the Iron Curtain.