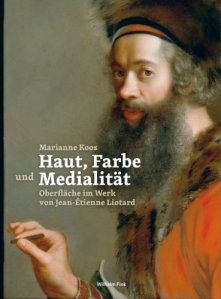 Jean-Étienne Liotard (1702–1789) was born on the 22nd of December 1702 into a refugee French Protestant family living in Geneva. His father, Jean-Antoine Liotard, was from Montelimar and a merchant tailor by trade. In Geneva, Liotard trained with Gardelle and Petitot, skilfully copying their enamels and miniatures. In France, he was an apprentice to Massé and Lemoyne, on whose recommendation he was taken to Naples by the Marquis Puysieux. He painted Pope Clement XII and several cardinals in Rome and in 1738 he accompanied Lord Duncannon to Constantinople, eccentrically adopting oriental costume, which got him the nickname ‘Turkish painter’ upon his return to Paris. In Vienna, he portrayed the imperial family and in England, the princess of Wales. One of the most cosmopolitan artists of his time, Liotard gained significant reputation, as well as fortune: “after fruitful visits to Italy, the Middle East and Austria, Liotard succeeded in becoming an important portrait painter at the French court, as is attested by his invitation in 1749 to produce portraits of Louis XV and the royal family. In part, these important commissions formed the basis of the fortune that Jean-Etienne Liotard began to accumulate from this date on.” (François Marandet, ‘The Formative Years of Jean-Etienne Liotard’, The Burlington Magazine, Vol. 145, No. 1201, Apr., 2003). In 1781, Liotard published his Traité des principes et des règles de la peinture (Treatise of the principles and rules of the Art of Painting).

His style was unusual for the 18th century, when staged oil portraits tended to focus on highlighting status and refined poise. His Parisian contemporaries were scandalised when they “encountered Liotard’s pastels and oils; the lack of any touche, the absence of pose, the quasi-magical illusionism, the hyper-realism: all these ran counter to the genius of the École française. Despite Liotard’s admiration for Chardin, and even his borrowings from him, there is a great gulf between their two approaches to reality through pigment. (…) Liotard was a true draughtsman; [his pastel work] shows a great variety of techniques and scale; but also, even in this medium, Liotard’s relentless proclivity for experiment. One of the most fascinating instances of this is the device that he frequently used to obtain greater translucency and variety of colour in his drawings, without muddying their linear clarity, by washing a repeat image composed simply of taches of colour onto their versos.” (Alastair Laing, ‘Geneva and Paris’, The Burlington Magazine, Vol. 134, No. 1076, Nov., 1992). On the other hand, Liotard’s persona was an equally unusual curiosity to critics, peers, viewing public and even the subjects of his art – the sitters for his portraits: “It had been a stroke of genius actually to adopt Turkish dress and beard (helping disguise his rather too nostrilly face) on his return to Europe from Constantinople in 1742/43; beyond self-advertisement, it must have helped rivet the gaze of his sitters, producing the intense or quizzical looks with which so many of them still fix us today.” (Laing). The facial expressions of Liotard’s sitters seem informal, open and approachable and glimpses into their character can be inferred from the faintest of smiles, smirks or frowns captured by his chalk or brush. An entire range of emotions can be read on their faces, particularly more so when the sitters are children: some look bored, impatient, many baffled. One wonders how much of the subject’s ‘soul’ the artist manages to capture through the impact his own eccentricity has on them in the time spent in his studio.

The dynamic psychological interactions between painter and sitter provide, in themselves, an extensive study subject. However, the skill of the artist and the mastery of his chosen medium, be it pastel, chalk or ink is undeniable. Like with many portraitists before him, perhaps the most honest expression of Liotard’s art can be traced in his serialised self-portraits. Laing noted “the seriousness with which Liotard approached the task of taking a likeness and investing it with, or extracting from it, meaning- there is the regular succession of his self-portraits: from the oil of himself as a newly-assimilated Parisian, his ugliness rather at odds with his affected elegance; through the various portrayals of himself as a Turk, or just with – so shocking to the eighteenth century- a long, grizzled beard, worthy of Edward Lear and fit for birds to nest in; to the late, psychological studies – now beardless, but still (according to the ingenious explanation of Andrea Edel) presenting himself as a Turk, this time by making the gesture that Guer claimed Turks made to show that they were the slaves of their beloved.”(Alastair Laing, ‘Geneva and Paris’, The Burlington Magazine, Vol. 134, No. 1076, Nov., 1992). This is illustrated in the picture above, which captures the spirit of a joyous bon vivant, at ease with the people around him, as well as life in general, and conscious of his own success. Liotard was an artist of great versatility, and though his fame depends largely on his graceful, delicate and very ‘painted’ pastel drawings, he also excelled in enamels, copperplate engravings and glass painting. Little represented in UK collections (V&A, British Museum) his works can be mostly found in the museums of Amsterdam, Bern, Paris and Geneva.