Posted by ArtLark on December 4, 2020 in Parenting, Psychology, Sex, Sociology | Leave a comment

On the 4th of December 1920, schoolteacher and gay rights activist Jeanne Sobelson Manford was born in Queens, N.Y. She was known as the co-founder of the support group organization Parents, Families and Friends of Lesbians and Gays (PFLAG). In October 2009, U.S. President Barack Obama remembered Manford’s role in the establishment of PFLAG in a televised speech at the annual Human Rights Campaign gala where she was awarded the Presidential Citizens Medal, shortly after passing away aged 92, in 2013.

Her story became known when one of her three children, Morty, a gay activist was beaten while distributing flyers for the Gay Activists Alliance demonstration inside the fiftieth annual Inner Circle dinner, a political gathering in New York City. Police failed to intervene while he was kicked and stomped; the hospital he was admitted to called his parents at their home in Flushing, Queens to inform them of what had happened. Jeanne Manford chose to stand up to such injustice and decided to write a ‘Letter to the Editor’ of the New York Post published April 29, 1972. In it, she identified herself as the mother of the protester and complained of police inaction, openly stating, perhaps for the first time in a public source, words which seemed unutterable in American society at the time: “I have a homosexual son and I love him”. In June 1972, Jeanne joined her son in the Christopher Street Liberation Day Parade (predecessor to NYC Gay Pride Parade), carrying a placard stating, “Parents of Gays Unite in Support for our Children.” From then on, Jeanne would become the patron of several such parades of protest against sexual inequality in NYC.

“She assumed the cheers and encouragement heard from the crowd were for Dr. Benjamin Spock (famous paediatrician) who walked just behind her and her son. It wasn’t until parade participants began to approach her and express gratitude for her presence with hugs and tears, asking Jeanne to speak with their own parents to help them understand, that she realized the cheers were for herself and her open support of gay children. The Manfords had been discussing organizing a support group for parents of gay children; these events convinced them such a group was needed. About 20 people attended the first meeting on March 11, 1973. At first the group called itself “Parents of Gays” or “POG.” The group sought to give parents a place to ask questions, talk about their issues, and begin to better understand their children. Groups developed across New York and in other major American cities as the gay rights movement as a whole developed, and as Jeanne and husband Dr. Jules Manford (a dentist) spoke out for their cause through television, newspaper, and radio interviews.” (The New York Public Library, Humanities and Social Sciences Library, Manuscripts and Archives Division, Jeanne Manford Papers 1972-1995, MssCol 1857). 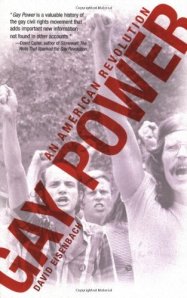 From a psychological viewpoint, the difficulties of parents coming to terms with their children’s non-standard sexuality equal those of the children themselves handling this realisation.  In 1996,  Crosbie-Burnett, Foster, Murray and Bowen noted the shift in parental attitudes “from “I am the father in a typical American family” to “I am the father in a family with a gay son.” There are cases in which parents cannot make the schema shift. In these cases, parents may try to maintain their original schemata about themselves and their families by ejecting (behavior) the gay or lesbian child from the family, cutting off communication, and clearly placing him or her outside the boundary of the family.” (‘Gay’s and Lesbians’ Families-of-Origin: A Social-Cognitive-Behavioral Model of AdjustmentAuthor’, Family Relations, Vol. 45, No. 4, Oct., 1996).

A gradual model was devised in 1998 by Savin-Williams and Dubé who noted the following progression in the development of parental reactions to the acknowledgement of their child’s sexuality: shock, denial and isolation, anger, bargaining, depression and finally acceptance. Thorough research and sampling conducted into the development of lesbian, gay or bisexual (LGB) youths determined Augelli, Grossman and Starks to conclude in 2005 that youngsters whose parents were aware of their sexual predilections proved to have positively shaped futures and relationships, as opposed to those undermined, ignored or bullied by their parents. “Youth with aware parents showed less internalized homophobia, which may reflect the longer period of time that they were aware of their sexual orientation, as well as the greater family support they report. Parental responses may have become more positive after they became aware. One positive result of parents’ awareness may be less verbal victimization about being LGB. Youth with aware parents may have been “through the worst.” (‘Parents’ Awareness of Lesbian, Gay, and Bisexual Youths’ Sexual Orientation’,  Journal of Marriage and Family, Vol. 67, No. 2, May, 2005) 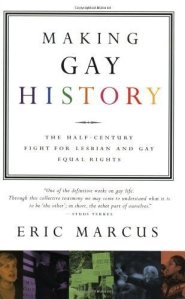 At the time when Jeanne Manford and her family started their campaign of encouraging parents to support their children, sodomy was still considered a crime in the U.S. Until 1974, the American Psychiatric Association still based its theories on Freud’s association of paranoia with homosexuality, the latter being listed in DSM-II as a mental illness, requiring treatment. The change that ‘cured’ gays almost overnight and altered the APA’s taxonomy happened precisely due to intense pressure from the gay community through protests in the early 1970s, such as those initiated by the Manfords. All positive research into homosexuality henceforth was enabled by the courage of single voices such as that of mother Jeanne Manford. Her activism is referred to in numerous books documenting the history of LGB rights in America and cinema and TV films such as Prayers for Bobby and Queer as Folk.