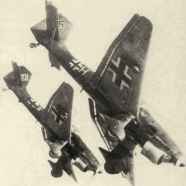 Posted by ArtLark on September 1, 2020 in History, Literature, Poetry | Leave a comment 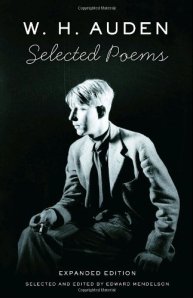 ”September 1, 1939” is a poem by W. H. Auden, an Anglo-American poet, regarded by many as one of the most influential poets of the twentieth century. Auden moved from England to America at the beginning of 1939. Some perceived his move as a cowardly act of escape dictated by the rumours of the approaching military conflict in Europe. “From his newly adopted home Auden followed the troublesome events in Europe closely, and on 1 September 1939, the day that Hitler invaded Poland, Auden wrote out a draft of the poem. Within a year he was regularly attending Holy Communion in the Episcopal Church—his return to the Anglicanism of his childhood had been gradual—but his own distinctive Christian humanism lay behind the last and notorious line of the penultimate stanza: “We must love one another or die.” Several years later Auden soberly pronounced the line “a damned lie,” contending that one must die regardless of love; accordingly, in his Collected Poetry (1945) and Collected Shorter Poems (1950) the entire stanza in which the line appeared was deleted. In 1955, at the behest of an editor who wanted to reprint the complete poem, Auden changed the line to the more realistic, “We must love one another and die.” He finally abandoned the poem altogether, however, and it was not included in Edward Mendelson’s Collected Poems (1976). The original version of the poem reappeared for the first time in The English Auden (1977), which Mendelson edited, and is readily available in Selected Poems (1979), also edited by Mendelson.

Although Auden’s fervent wish to see the poem removed from his body of work was matched and finally overcome by his readers’ will to save the poem, this contest of wills reveals much that is central to the subject matter of the lyric. The poem is unique inasmuch as it was inspired by an isolated military action that would ultimately lead to World War II, and its sense of foreboding and impending doom seems clairvoyant at times. …What Auden’s readers have found to be dramatically evocative about the poem Auden himself ultimately considered imprecise and vague. But the first stanza, with its “unmentionable odour of death,” figures prominently in any discussion of the poem’s connection with the vast tragedy that lay in wait for Europe, America, and Asia. …Of course the portrayal of an imminent cataclysm must be necessarily vague, and even in the first stanza, this vagueness gives rise to the kinds of generalizations that would ultimately anger many of Auden’s critics. In that stanza alone, however, several of the themes that had already occupied Auden, and would continue to do so until he died, are clearly present: psychology and neurosis; the conflict between the individual and the state; and the individual’s moral responsibility in times of national crisis. These are the themes that engage Auden in this poem and in varying guises throughout his career. The poem’s solution to these tensions, arriving in the last line of the last stanza, is eloquent, dignified, and vague. …It is a general solution to a generally articulated problem, yet the poetry of its stately trimester has been largely convincing to readers.” (Eric L. Haralson, Encyclopedia of American Poetry: The Twentieth Century).

The vagueness of the poem contributes to its universal treatment of times of conflict and greater social cataclysms. Especially notable is the adoption of the poem after the bombing of the World Trade Center on the 11th of September 2001. Auden’s poem was immediately quoted on National Public Radio and in several New York newspapers, bringing consolation, as well as projecting an image of self-fulfilled prophecy. Lucia Perillo noted how, “In the wake of disaster, our yearning for connection with other human beings was corroborated by the urgency of Auden’s command. How prophetic he seemed, in his locating the poem in New York City, in his selection of images like “The unmentionable odour of death” that “Offends the September night” and the “blind skyscrapers” that “grope the sky.” His abstractions too seemed pertinent: “The habit-forming pain, / Mismanagement and grief,” “Imperialism’s face / and the international wrong” and especially those “Ironic points of light” that “Flash out wherever the Just / exchange their messages.” Thus did the poem even foreshadow the advent of e-mail, which, after the bombing, became the means by which the poem traveled.” (Lucia Perillo, W. H. Auden’s 9/1/39; The American Poetry Review, Vol. 31, No. 5, September/October 2002).

by W.H. Auden
I sit in one of the dives
On Fifty-second Street
Uncertain and afraid
As the clever hopes expire
Of a low dishonest decade:
Waves of anger and fear
Circulate over the bright
And darkened lands of the earth,
Obsessing our private lives;
The unmentionable odour of death
Offends the September night.
Accurate scholarship can
Unearth the whole offence
From Luther until now
That has driven a culture mad,
Find what occurred at Linz,
What huge imago made
A psychopathic god:
I and the public know
What all schoolchildren learn,
Those to whom evil is done
Do evil in return. (…)
(Read the whole poem HERE)