Primo Levi: Chemistry and the Holocaust 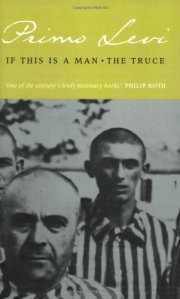 On the 31st of July 1919, the Italian Jewish chemist and writer Primo Levi was born in Turin, Italy. A survivor of the Auschwitz concentration camp, he emerged after the war as one of the most incisive and candid intellects among those writers who had experienced the Holocaust. He grew up during the years preceding World War II in the relative comfort of a middle class at a time in Italy when being of Jewish ancestry had not yet become a cause of segregation and persecution. In 1937, he enrolled at the University of Turin to study chemistry, which was only one year before the promulgation of the Fascist racial laws. Along with other restrictions, the latter prohibited Jews in Italy from attending public schools. However, due to the fact that he had already begun his studies, he was allowed to remain at university until the completion of his course. In 1941, he obtained his diploma which carried the phrase “di razza ebraica” (“of the Jewish race”) – his first personal experience of discrimination because of his Jewish origins. In 1943, he joined the partisan bands fighting for the Italian resistance in the mountains of the Val d’Aosta north of Turin. In December the same year he was captured and in February 1944 he was deported to Auschwitz. After the liberation of the camp in January 1945, Levi returned to Turin, where he lived until his death in 1987.

After the war, Levi worked as a factory manager outside Turin. It is then and there that he started writing down his recollections of the camps, which were eventually put together and published in 1948 under the title If This Is a Man. 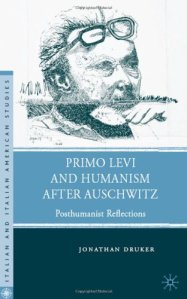 “That he intended his first book to be something more than a personal memoir is evident in his copious reliance on a first-person plural narrative. So far, most scholars have viewed Levi’s “we” and “our” as usefully inclusive pronouns that not only evoke a chorus of victims who speak through, and thus authorize, Levi’s narrator, but also facilitate the reader’s participation in the retelling. In using the plural, they say, Levi refuses “to isolate the survivor’s experience from the rest of humankind”.” (Jonathan Druker, Primo Levi and Humanism After Auschwitz). If This Is a Man “…foregrounds questions about the definition of the word “Man” and the conclusions or obligations (the “then”) that may flow from the “if” statement. Not surprisingly, readers are misled by the book’s American title, which markets death camp survival as a kind of redemption. In reality, Auschwitz produced very few survivors, but an inconceivable number of men who, according to Levi, were so completely drained of physical and mental vigor as to be only hollow shells of men. (In the death camp jargon, these prisoners were known as Muselmanner; Levi uses this term as well as “non-men” and “the drowned.”) In large measure, it is the death camp’s ferocious assault on humanity-at-large – not just individuals, not just the Jews – that spurs Levi to write his testimony.” (Ibid.) Levi always admitted that it was his experience of the Holocaust which led him to continue his writing career. He stated: “If I hadn’t lived the time in Auschwitz, I would probably never have written anything […] It was the experience of the Lager which compelled me to write.” (Lucie Benchouiha, Primo Levi: Rewriting the Holocaust). 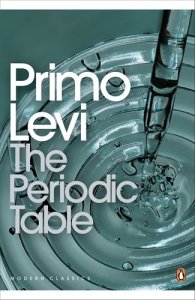 In 1975, Levi wrote The Periodic Table, a collection of short autobiographical stories based on the author’s experiences as a Jewish-Italian chemist under the Fascist regime and thereafter. The book was voted onto the shortlist for the best science book ever written. In it, “Levi combined in a rare way a literary sensitivity and fascination with words with the precision and immediacy of a scientist. He thought of writing and chemistry as similarly based on day to day practice, like artisan skills. ‘I should say that chemistry in my time, which was then a “low level” chemistry, was more like cooking’, he said in a conservation with the physicist Tullio Regge, and he had taken its habits into writing. ‘Above all I developed the habit of compact writing, of avoiding the superfluous. The precision and conciseness which are said to characterise my style of writing came to me through my practice as a chemist’ (Ernesto Ferrero in Notiziario, December 1987). This lucidity and telling economy mark Levi out, and especially so among Italian writers. But at the same time it is fused – and this fusion is surely the key to his greatness – with a passionate, although always controlled, belief in the need to testify.” (Fausto Galuzzi, Primo Levi, Oral History, Vol. 16, No. 2, Politics, Autumn, 1988)

“In order for the wheel to turn, for life to be lived, impurities are needed, and the impurities of impurities in the soil, too, as is known, if it is to be fertile. Dissension, diversity, the grain of salt and mustard are needed: Fascism does not want them, forbids them, and that’s why you’re not a Fascist; it wants everybody to be the same, and you are not. But immaculate virtue does not exist either, or if it exists it is detestable.”

← Colour and Meaning in Disney’s Flowers and Trees Jim Carroll: Punk and Poetry →