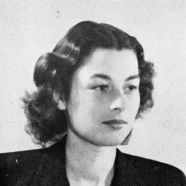 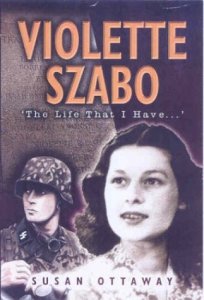 On the 26th of June 1921, Violette Szabo, daughter of an English cabbie and a French dressmaker was born in Paris. Raised in Britain, she married at a young age, but lost her husband when he was killed fighting against the Germans, leaving behind a young daughter. A skilled shot with a rifle who could speak French fluently, she was recruited into the SOE by Selwyn Jepson. A raven-haired beauty, Szabo was considered a great candidate to work with the French underground. Her superiors, however, were greatly concerned with her urgent desire to put herself in danger, possibly a psychological reaction to her husband’s death. They worried that she risked her life with a suicidal passion but they assigned her nonetheless. During the second world war it was Britain which, having been  ejected from the continent, sought to set occupied Europe ablaze. The organization so charged was the Special Operations Executive. (SOE). In 1942 a desperate need for new recruits, saw SOE turn to a previously overlooked group – women. These extraordinary women came from different backgrounds, but were joined in their idealistic love of France and a desire to play a part in its liberation.Szabo flew through her training with merit. She was dropped by parachute into France and was assigned to determine how many resistance forces were in place. She established communications between underground leaders and British intelligence forces. Making it back to England, she was arrested twice by French gendarmes but was able to talk her way out of trouble and made her was to safety. Upon reaching England, Szabo immediately sought another assignment, and although reluctant, her handlers sent her back into France. She passed along vital information to the French underground but

was interrupted in one meeting when a German patrol discovered their meeting in a farmhouse. As one of the French resistance leaders fled, Szabo provided cover for him, shooting several German soldiers with a Sten gun. Eventually her gun ran out and she was taken into custody to the Gestapo headquarters where she was raped repeated and tortured.  (Spymuseum)

“A number of books have been written about individual agents among the four hundred who were sent into occupied France, thirty-nine of whom were women. Thirteen of the latter did not return. One of those was Violette Szabo, (…) she joined the Auxiliary Transport Service and in due course was recruited by SOE. Her short career in the organization carrying out sabotage and subversion in occupied Europe ended with her capture, imprisonment in Ravensbruck, and execution there at the age of twenty-three. By all accounts she had fought bravely when cornered and behaved with dignity under interrogation and imprisonment. Awarded the George Cross posthumously, she became the heroine of a 1958 bestseller, Carve Her Name with Pride, characterized by breathless prose and less than scrupulous accuracy, and of a film based on the book.” (Rita Kramer, review of  Violette Szabo by Susan Ottaway, The Journal of Military History, Vol. 67, No. 1, Jan., 2003).

In reality, Violette’s courage helped delay for weeks the regrouping of German troops after the allies’ D-Day invasion. Yet, her memory also holds the fascination and mystery of a legendary skilled spy. One of her duties was to provide the French resistance with secret messages which would help them in the covert fight against the Nazis. In the war, famous poems were used to encrypt messages. This was, however, found to be insecure because enemy cryptanalysts were able to locate the original from published sources. So, Leo Marks, SOE’s cryptographer, seeing Violette’s struggle with the French nur

sery rhyme she used originally, gave her his own composition, ‘The Life That I Have’ , a poem composed by Marks on Christmas Eve 1943 , initially dedicated to the memory of his girlfriend Ruth, who had just died in a plane crash in Canada. The love poem is fondly associated with the memory of the beautiful Violette Szabo, who died way too young in service of her country and the future of Europe at large:

← George Orwell’s Childhood Recollections Beyond Sound and Vision: Helen Keller and the Story of Her Life →