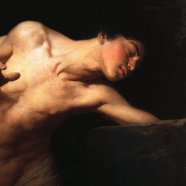 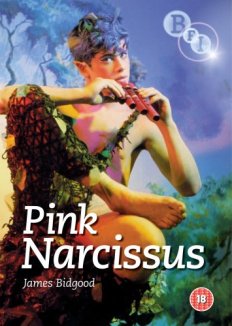 On the 24th of May 1971, the American arthouse drama film by James Bidgood, Pink Narcissus, was released in New York City. The film focuses on the life of a handsome male prostitute, played by Bobby Kendall, immersed in his erotic fantasies. Like the mythological character of Narcissus, he is obsessed by his own beauty and perfection to such extent that all of his fantasies are built around his own persona. Sometimes he fantasises about being both a Roman emperor and the emperor’s slave. Other times, he is a bullfighter attacked by a gay man on a motorcycle acting as the bull. ”Narcissus’s fantasies are interwoven with grim scenes from his life in an unnamed contemporary metropolis. The film follows him while he cruises public toilets and rundown neighbourhoods. Yet, the boundaries between reality and fantasy become increasingly blurred as the narrative unfolds. Lofty fantasy scenes soon turn into sexually degrading events by the eruption of the real world into them. In a sudden revelation at the end of the movie, it becomes clear that the young hustler himself has turned, with age, into a client of handsome male prostitutes.” (Luca Prono, Encyclopedia of Gay and Lesbian Popular Culture)

Bidgood began working on the film as early as 1962. By then he had already been a published amateur photographer of naked men, Bobby Kendall being his favourite model. The shooting for the film took place mostly in Bidgood’s New York apartment and lasted on and off for the next nine years. Hence, in the film we can experience the real physical transformation of a young and fairly innocent-looking male prostitute into a mature protagonist of risky sexual escapades – the kitschy

sweetness of the fantasy clashes with the bitter-sweet taste of reality. After nine years of waiting for the completion of the film, the independent production company Sherpix decided to take the existing footage away from Bidgood and pass it on to Jay Sadoff, the film’s editor. Consequently, Pink Narcissus was released without Bidgood’s consent, who had himself credited as Anonymous. This might be the reason why, for a long time, the film was believed to be the creation of Andy Warhol. But in the mid-1990s writer Bruce Benderson discovered that the person responsible for this hauntingly amazing film was in fact the Manhattan-based artist James Bidgood.

“Pink Narcissus was Bidgood’s first attempt to create an allegorical narrative about eroticism, based on the myth of Narcissus. He intended the film to be a circular journey – from innocence to the discovery of sensuality to depravity to annihilation and then back to innocence. In many cases his metaphors for this symbolic journey seem hackneyed: a butterfly representing innocence, and aging john standing for depravity, a rainstorm symbolizing the experience of cleansing. But Bidgood compensates for this lack of symbolic originality by his immersion in the visceral, subconscious power of his allegory. He uses sex as a pivot point to create double-edged meanings. In this story, what is pure becomes corrupt. Nature is presented as the source of beauty, but for this very reason, it is also at the heart of destructive appetites.” (Bruce Benderson, [:in] Gilad Padva, Queer Nostalgia in Cinema and Pop Culture) 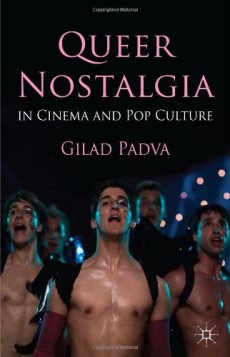 Aesthetically, the film is very close to the imagery of the underground. It bears elements of Pierre and Gilles’ photographs or the underground films by Andy Warhol, Kenneth Anger or George Markopoulos, where a “melancholy hero” lives on the edge of kitschy pink sexual utopia, and the harsh reality overcrowded with sex-hungry male prostitutes and sailors. “With its overt sexuality, the film also edges on the boundary of pornography, although the director is careful to hint and suggest rather than to show explicit sexual acts (except for a money shot with sperm splashing directly on the camera). Richard Dyer’s description of the film as “underground, kitsch, [and] softporn” (1990, 164) captures the film’s complexity and its longing for a gay utopia, which never materialize. The film’s sense of sadness and nostalgia is also heightened by the fate of its hero, who, in spite his good looks, will always be confined into a claustrophobic world of his own creation.” (Prono)

Therefore, in a way, Pink Narcissus can be understood as a metaphor for the ‘closet’ and its destructive psychological effect on the gay community. Pushed aside by society, and its ‘homosexual prohibition’, into the territory of risky sexual behaviours, the members of this marginalised community try to compensate  for the harshness of reality with unrealistic, yet comforting, sexual fantasies. Sadly, quite often the contrast between the two leads to deeper internalised suffering and psychological wounds.