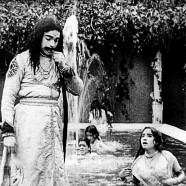 Posted by ArtLark on May 3, 2020 in Cinema, Movies, Uncategorized | 6 Comments 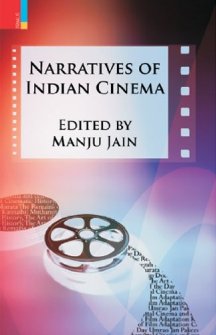 On the 3rd of May 1913, the first all-Indian feature film, Raja Harischandra, was first shown to the public at Bombay’s Coronation Cinema, Girgaon. This 40-minute silent film, directed by Dadasaheb Phalke, was so successful that more copies had to be soon produced and sent out to rural areas, where the public could experience for the first time one of the wonders of the Western world brought to India with the process of colonisation. The popularity of the new medium had begun to grow steadily, and by 1939 cinema was the eighth largest industry in India and the third largest cinema in the world.

Phalke, commonly regarded as ‘the father of Indian cinema’, had become obsessed with the possibilities given by the new medium: “In 1910 I happened to see the film Life of Christ at the American-Indian Picture Palace in Bombay. …While the life of Christ was rolling before my physical eyes I was mentally visualizing the Gods, Shri Krishna, Shri Ramchandra, their Gokul and Ayodhya. …I felt my imagination take shape on the screen. Could this really happen? Could we the sons of India, ever be able to see Indian images on the screen?” (Manju Jain, Narratives of Indian Cinema). Quite perversely  – as, after all, the interest in the film industry was sparked in India by the British – Phalke believed that cinema could be of benefit to the Indian independence Swadeshi movement, which aimed at removing the British Empire from power and improving economic conditions in India by following the principles of swadeshi (self-sufficiency): “During this period, I was constantly preoccupied with the analysis of every film which I saw, and in considering whether I could make them here. There was no doubt whatsoever about the utility of the profession and its importance as an industry … this was the period of the Swadeshi movement and there was profuse talking and lecturing on the subject. For me personally, this led to the resignation of my comfortable government job and taking to an independent profession. I took this opportunity to explain my ideas to my friends and leaders of the Swadeshi movement. Even people who were familiar with me for 15 years found my ideas impracticable.” (Jain).

Phalke’s famous first film was based on the legend of the noble and righteous king Harishchandra, recounted in the Ramayana and Mahabharata. In the legend, the king sacrifices his kingdom, wife and son to keep his promise to the sage Vishwamitra. As a result, the king is forced to work at the cremation ground, whilst his wife and son become servants to the sage. Despite their misfortunes they accept their fate with calmness and dignity. When the king’s son dies suddenly from a snake bite, the mother takes his body to the cremation ground, but in order to proceed with the ritual a tax must be paid to the king. As the mother does not have any money, she takes half of her saree off to pay to her dutiful husband and miracles start to happen. All of a sudden, the gods appear on the scene; they bring the son back to life, and offer the king and his wife instant places in heaven. As for the ways of translating this magical story into cinematic language, Phalke used some rather innovative methods in those times: “Phalke shot Raja Harishchandra partly outdoors with the sun shining directly on the actors and partly in an outdoor studio where the sunlight was blocked with white muslin, bathing the scene in soft, diffused light. The result in terms of tonal gradation, lighting, and camera movements was very good, as can be seen in the surviving reels of the film. Phalke efficiently managed “trick photography” in his very first film. The god, Triguna Shakri, appears and disappears from behind the smoke of sage Vishwamitra’s yagna kunda, the platform where he performs the rituals, giving the impression of the scene having been filmed in a single shot.” (Gulazara, Govind Nihalani, Saibal Chatterjee, Encyclopaedia of Hindi Cinema).

The film was ‘mythological’ – a genre unique to India. “The mythological has been given prominence in India as its founding genre and because of Phalke’s eminence (and the survival of so much of his output) but it has always been perceived to be in decline and many other genres were popular during the silent period in Bombay including the stunt or action film, the historical, the Arabian Nights Oriental fantasy… and the social…” Mythological was “…one of the most productive genres of its [Indian] early cinema, as one which depicts tales of gods and goddesses, heroes and heroines mostly from the large repository of Hindu myths, which are largely found in the Sanskrit Puranas, and the Sanskrit epics, the Mahabharata and the Ramayana. The early mythological genre drew on a wide range of the modern and the traditional to create its own distinctive hybrid style, with strong connections to nineteenth-century Indian popular or middlebrow public culture as well as with other forms of cinema that were emerging at the same time in other places in the world.” (Rachel Dwyer, Filming the Gods: Religion and Indian Cinema)