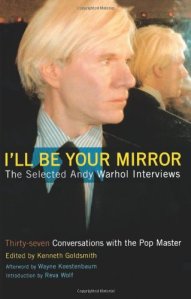 On the 22nd of February 1987,  Pop artist Andy Warhol suddenly died in his sleep at the age of 59 in NYC – the cause was an undiagnosed arrhythmia following a routine gallbladder operation. In addition to his iconic multimedia work which generally gets all the exposure, Warhol was a highly prolific filmmaker. Between 1963 and 1968, he made over 60 films, as well as around 500 short black-and-white ‘screen test’ portraits of the visitors to his Factory, the name under which his workshops were known. Amongst his famous experimental artistic films were Sleep, which monitored poet John Giorno sleeping for six hours. The 35-minute film Blow Job showed a continuous close-up of the face of DeVeren Bookwalter supposedly receiving oral sex from filmmaker Willard Maas. In Eat we can see a man eating a mushroom for 45 minutes. Yet perhaps the best known of his films is Empire (1964), consisting of eight hours of footage of the Empire State Building in New York City at dusk. The monotonous nature of these recordings of everyday life have a strange voyeuristic quality; the viewer’s eye is lulled into a trace-like state, mainly interrupted by the minutest visual details changing on the the actual surface of the film strip.

Warhol’s forays in the world of television are less known. The artist admitted: “So in the late 50s I started an affair with my television which has continued to the present, when I play around in my bedroom with as many as four at a time.”  (Andy Warhol in 1975, from The Philosophy of Andy Warhol: From A to B and Back Again). The main theme from his art films continued through to his television work and Warhol dreamed of a television special about a favourite subject of his – Nothing – that he would call The Nothing Special. Here Warhol gives an example of this particular interest of his, which he saw as the subject of one of his potential TV shows: “In New York, apartments have a channel five which allows you to watch anybody who enters the front door. That will be my show; people walking past the camera” (from a Playboy article in ‘Pop Goes the Artist’ by Ruth Hirschman, 1963, in Be Your Mirror). “I think people look at anything. So I think if you just had the camera on anything that would be nothing special, and people would look at it – just like sitting looking out of a window or sitting out on a front porch. You could just watch things go by. I mean, you could do that for hours.” (‘An Interview with Andy Warhol: Some Say He’s the Real Mayor of New York’ by Claire Demers, 1971, in Be Your Mirror). “A whole day of life is like a whole day of television. TV never goes off the air once it starts for the day, and I don’t either. At the end of the day the whole day will be a movie. A movie made for TV.” (Philosophy of Andy Warhol). Could Warhol been dreaming up his own take on reality television? 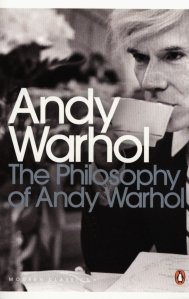 His addiction was pretty obvious and one of the reasons except the art of voyeurism, was his megalomaniac pursuit of self-exposure, of personal myth-making in an age of celebrity culture: “the few times in my life when I’ve gone on television, I’ve been so jealous of the host on the show that I haven’t been able to talk. As soon as the TV cameras turn on, all I can think is, “I want my own show … I want my own show”. (Philosophy of Andy Warhol). Later in his career he did produce two cable television shows,  Andy Warhol’s TV in 1982 and Andy Warhol’s Fifteen Minutes for MTV in 1986, a reference to his famous “fifteen minutes of fame” quotation. Besides his own shows he regularly made guest appearances on other programs, including The Love Boat.

Warhol also produced a TV commercial for Schrafft’s Restaurants in New York City, for an iced  dessert called the Underground Sundae. Graig Uhlin observed that typically, Warhol wished to give this impression that the commercial, as well as his artwork in general required no effort or labour, almost no thinking so to speak. Uhlin claimed that this stance was was part of the camp critique of capitalism as well as a questioning of the efficiency of classical cinema, which Matthew Tinkcom identifies in the artist’s work. (Working Like a Homosexual: Camp, Capital, Cinema) “You recently made a one-minute television commercial for Schrafft’s. Warhol: Yeah, well, that just took a minute to do. Gelmis: But it took more than a minute to put that minute together, didn’t it? Warhol: No, it just took a minute.” (Joseph Gelmis interviewing Warhol in David Joselit’s  Feedback: Television Against Democracy).

In the golden era of TV commercials, the 60s and 70s, these clips were everywhere interrupting TV shows and mainly soaps. Warhol relished in turning around the nature of their function: he claimed the commercials were the real entertainment. It was yet another way of endowing low art or non-art with a higher quality:  “Do you speed through the commercials?”, one interviewer once asked him. “No, I love them. I speed through the show.” (Crandall, Andy Warhol). Warhol always believed that film, as well as books, would be obliterated by television and video, which had a wider representational power and audience appeal. He expressed his views on many occasions: “I believe in television. It’s going to take over from movies.” (‘Pop Goes the Videotape: An Underground Interview with Andy Warhol’, by Richard Eckstract, 1965). “You don’t have to read anymore. Books will go out, television will stay. Movies will go out, television will stay.”(John Alan Farmer, ‘Pop People’, in The New Frontier: Art and Television, 1960-65).

“His enthusiasm for the medium is evident in these statements, and it invites one to reexamine his filmmaking as the aesthetic expression of this idea: an exploration of the limits of cinema in the face of the potential of TV.” (Graig Uhlin, ‘TV, Time, and the Films of Andy Warhol’, Cinema Journal, Vol. 49, No. 3, Spring 2010). Through all his projects, and mainly his enthusiasm for the medium of television, Warhol systematically tried to distance himself and his work from the art-historical traditions of an elitist and culturally disconnected avant-garde. He wanted to bring popular culture to the forefront and he believed that in this sense no other medium had a more powerful transformative effect on culture than television.