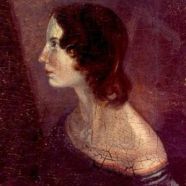 On the 19th of December 1848, Emily Brontë, aged only thirty, died in her home in Haworth, Yorkshire, England. The young author of the famous novel Wuthering Heights died of tuberculosis. In a letter from the 21st of December 1848, her sister, Charlotte, wrote: “Emily suffers no more from pain or weakness now… Yesterday we put her poor, wasted, mortal frame quietly under the Church pavement. We are very calm at present. Why should we be otherwise? The anguish of seeing her suffer is over; the spectacle of the pains of death is gone by; the funeral day is past… She died in a time of promise. We saw her taken from life in its prime. But it is God’s will and the place where she is gone is better than that she has left…” (Elizabeth Cleghorn Gaskell, The Life of Charlottle Brontë).

Emily and her two sisters, Charlotte and Anne, contributed significantly to the canon of English literature. In 1846, they published their joint volume of poetry Poems by Currer, Ellis and Acton Bell. Their use of pseudonyms was intentional and subject to ambiguous interpretation. They would not use typically masculine names, but writing under their own names was out of question. “We did not like to declare ourselves women,” Charlotte wrote, “because – without at that time suspecting that our mode of writing and thinking was not what is called ‘feminine’ – we had a vague impression that authoresses are liable to be looked on with prejudice; we had noticed how critics sometimes use for their chastisement the weapon of personality, and for their reward, a flattery, which is not true praise.” (William M. Sale, Wuthering Heights: An Authoritative Text with Essays in Criticism).

It seems that Charlotte was absolutely right in her presumptions. The nineteenth century was still a time of struggle for female creators – let it be writers, painters or sculptors. It was common practice to reduce the work of a woman to constrictive and often unjust stereotypical definitions. And the works of the Brontë sisters did not fit into these preconceived, sexist frames at all. It is said that the first reviews of Wuthering Heights (first published in 1847) referred to Ellis Bell as ‘he’. “”He” had written a book which, give or take certain differences of emphasis, was declared to be powerful and original. Although an occasional review acknowledged that it was a story of love, its essential subject was taken to be a representation of cruelty, brutality, violence, of human depravity or wickedness in its most extreme forms… Most of the reviewers simply assumed without comment that the writer’s sex was masculine.” (Carol Ohmann, Emily Brontë in the Hands of Male Critics, College English, Vol. 32, No. 8, May, 1971).

Similar critical opinion was aired after the publication of Charlotte’s Jane Eyre. “Percy Edwin Whipple, in The North American Review, found in Jane Eyre the signatures of both a male and a female mind. He supposed that two persons had written it, a brother and a sister. To the sister, he attributed certain “feminine peculiarities”; “elaborate descriptions of dress”; “the minutiæ of the sick-chamber”; and “various superficial refinements of feeling in regard to the external relations of the sex.” He went on to assert, “It is true that the noblest and best representations of female character have been produced by men; but there are niceties of thought and emotion in a woman’s mind which no man can delineate, but which often escape unawares from a female writer.”” (Ohmann).

Going back to Wuthering Heights, Whipple appreciated the mysterious author for “coarseness” and for being a “spendthrift of malice and profanity”, which indicates his definite preconception of the author of the novel as male. Also George Washington Peck from The American Review compared the author of the novel to a “rough sailor [with] a powerful imagination” and the language in the novel to that of “a Yorkshire farmer or a boatman or of frequenters of “bar-rooms and steamboat saloons”” (Ohmann). These reviews, even though undeniably charged with a sexist bias, could have been a matter of great pride to the writer, whose fable posture and impeccable manners, typical for a daughter of a perpetual curate, would not allow to experience firsthand any of the places mentioned by Peck , thus further emphasising Emily’s exceptional talent and imagination. 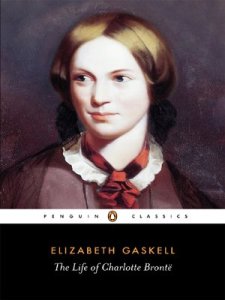 Unfortunately, the reviews changed accordingly once the identity of the author had been revealed to the public. At the time of the second edition of Wuthering Heights, “the review in the Athenæum in 1850 began by firmly placing it in a familiar class, and that class was not in the central line of literature. The review… began by categorizing Wuthering Heights as a work of “female genius and female authorship… The reviewer was really not surprised to learn that Jane Eyre and its “sister-novels” were all written by women.”; what is more, Sydney Dobell in his essay Currel Bell, already familiar with the fact that the novel was written by a woman, “…stressed the youthfulness of its author. And he likened her to a little bird fluttering its wings against the bars of its cage, only to sink at the last exhausted. Later, when it had more practice writing novels, it would fly freely into the heavens.”; therefore, “Wuthering Heights is one book to Percy Edwin Whipple and George Washington Peck, who quarrel strenuously with its “morals” and its taste, but another to the reviewer for the Athenæum, who puts it calmly in its place and discourses on the life of the clergyman’s daughter who wrote it. And Peck’s rough sailor is born anew as Dobell’s piteous bird with wings too young to fly.” (Ohmann).

It seems that stereotypical sexist prejudice was as common in the nineteenth century as tuberculosis; although the latter was probably more egalitarian in its treatment of both sexes. But comparing biased male reviewers of the nineteenth century to a disease would be as wrong as comparing Emily Brontë to a “piteous bird”. Such were the times; but thankfully a true talent is unstoppable and will grow even in the most hostile of environments.