On the 13th of June 1863, Lucy Christiana, Lady Duff-Gordon (née Sutherland), best known as ‘Lucile’, was born in London, England. She gained recognition as a leading fashion designer in the late nineteenth and the early twentieth century. After being abandoned by her first husband, James Stuart Wallace, who left her practically penniless, she set up her own dressmaking business and soon became a favourite with society women. Her layered, soft-hued chiffons, liberating slit skirts, less restrictive corsets and frilly lingerie, all made with a special care to match her clients’ individual personalities, were worn, among others, by Hollywood’s silent cinema stars – Mary Pickford, Marion Davies, Norma Talmadge, and Clara Kimball Young. The attention she paid to each one of her designs became eventually her forte:  “I studied the type of each [client] and designed a gown for her which I thought would harmonize with her individuality, and they were all immensely intrigued at rediscovering themselves in my eyes… I always saw the woman, not the frock as detached from her, and so women loved my clothes, because women are above all other things personal in every thought and action.” (Paul K. Saint-Amour, Modernism and Copyright)

The growing demand for her unique designs made her business expand very quickly, so that by 1897 she was able to open her first shop in the heart of the fashionable West End of London. In 1903, the business was incorporated as Lucile Ltd, and soon openings of new shops followed. “Directing one of the highest-priced international couture houses in the world, with swank branches of the palatial London headquarters of “Lucile, Ltd” in Paris, New York, even Chicago, she staffed some 2,000 employees worldwide, grossing a personal income of nearly $400,000 a year by 1912 and over $2,000,000 by 1918.” (Randy Bryan Bigham, Lucile, Her Life by Design: Sex, Style and the Fusion of Theatre and Couture).

In 1897,  freshly into the business, Lucile started collaborating with several of London’s theatres, designing gowns for various plays and musicals. It is perhaps from these collaborations that she drew inspiration for her very theatrical private fashion shows. In fact, Lucile is credited with inventing the so-called “mannequin parade”, and training the first professional models: “”I had a soft, rich carpet laid down in the big showroom, and beautiful, gray brocade curtains to tone with it were hung across the windows,” she recalls in her memoirs. “At one end of the room I had a stage, a miniature affair, all hung with misty olive chiffon curtains, as the background, which created the atmosphere I wanted.” Specially installed limelights illuminated the stage and focused attention on the intricate details of her gowns. To enliven this theatrical mise en scène, Lucile hired six mannequins “glorious, goddess-like girls . . . who would be able to do justice to my dresses.” After an intensive training regime, which involved trips to the hairdressers and long hours spent walking with books on their heads, these former shop girls and apprentices became “the incarnation of enchanting womanhood.”” (Marlis Schweitzer, ‘Patriotic Acts of Consumption: Lucile (Lady Duff Gordon) and the Vaudeville Fashion Show Craze’, Theatre Journal, Vol. 60, No. 4, Dec., 2008). In order to enhance the ‘theatrical’ profile of her parades she would assign exotic names to her models, such as Gamela, Hebe, or Dolores, and erotically charged titles to her own designs, such as “Passion’s Thrall,” “Do You Love Me?”, or “A frenzied Song of Amorous Things.” All of it was designed to gently stimulate her clients’ desires, making them imagine themselves in the gowns and believe that they can look as charming and intriguing as the trained models.

In 1917, one of her fashion shows was incorporated into the Keith vaudeville circuit Fleurette’s Dream at Peronne in New York. The show was about twenty-eight minutes long, during which time sixty-eight dresses were presented. However, according to Lucile it was not a fashion show but a war drama created for the purpose of raising funds to rebuild French homes destroyed in the war. “Fleurette’s Dream told the story of a young mannequin hiding out in a cellar with her family. As the German bombs explode overhead, Fleurette dreams of her former life in Paris: she shops with friends, strolls through the city, hosts a party, and prepares for an evening out, all while trying on new clothes and watching other women parade before her in their finery. The act concluded with Fleurette awakening from her dream to once again face the horrors of war.”(Schweitzer). Marlis Schweitzer argues that by making her designs the 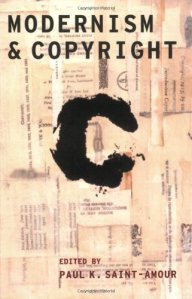 focal point of the play, “Lucile aligned theatrical spectatorship and fashion consumption with the ideals of philanthropy, humanitarianism, and patriotism. Although critics were skeptical about Lucile’s motives and questioned whether a million-dollar spectacle was really the most appropriate way to assist war refugees, Lucile remained adamant about the connections among fantasy, consumption, and altruism. In her equation, going to the theatre, dreaming about purchasing a pretty dress, and ogling beautiful women gained political significance when the cause was right.” Further, Schweitzer explains that the show can be translated as Lucile’s act of sincere patriotism, as stimulation of economy destroyed by war or other crisis can only happen through stimulation of certain consumerist behaviours. Schweitzer says: “Lucile’s definition of good citizenship is one that many American consumers today have come to embrace as their own. This was never more apparent than on 16 September 2001, five days after the attack on the World Trade Center, when New York mayor Rudolph Giuliani addressed “people from all over the country who want to help,” urging them to come to New York “and spend money”. …[G]oing to the theatre in the days after 9/11 became an important gesture of faith and hope.”

Whether Lucile’s pro-consumerist actions should be understood as patriotic is debatable. Nevertheless, she proved herself as an extremely intelligent business woman, successful trend-setter, imaginative pioneer in fashion shows, and an inspiration for many women, whose status as the ‘weaker sex’ had already started eroding at the time. She certainly made women look at themselves from a different perspective, and begun the process of female liberation through fashion, later continued by Coco Chanel.